Remittances to Costa Rica From US Most Expensive In The Region

Last year Costa Rica received in real terms (adjusting for inflation and exchange rate) 4% more in remittances than the year before. But, the sending of money that is generally made by workers to their family in Costa Rica is one the most expensive in the region. 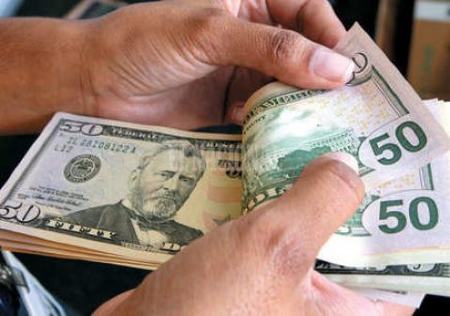 A study by the Fondo Multilateral de Inversiones, a division of the Inter-American Development Bank (IDB) show that sending US$200 from the United States to El Salvador has a cost of 4%, while the same transfer costs 6.9% if sent to Costa Rica.
The study reveals that Central American (including the Dominican Republic which is part of the Central American Integration System (SICA in Spanish) spent approximately US$630 million dollars to send money to their home country.

In terms of cost of service the Dominican Republic is second to Costa Rica. However, in the DR there is the deep rooted custom of receiving money at home, which adds to the cost.

The IDB report notes that the lower costs in countries like Panama, Nicaragua and El Salvador is the “dollarization” factor, where money is received in dollars, while in Costa Rica payments at the receiving counter are in colones, at the day’s exchange rate.

Another factor that could reduce costs, says the IDB report, is a transfer directly into a bank account, however that channel is still not an option offered by the remittances services.

To get a handle on the costs charged by the remittances services, go to enviacentroamerica.org, a website that provides data and information on sending relatively small amounts of money to Central America. “Envía Centro America” covers flows from five main sending areas in the United States of America to Costa Rica, El Salvador, Guatemala, Honduras, Nicaragua, and Panama.

For example, sending US$200 from New York, York to Costa Rica, the cheapest (3% – US$6) is Delgado Travel that sends to Remesadora Costa Rica, Serviexpreso, Citibank. The most expensive is Xoom (8% – US$15.99) with receipt at Citibank.  The same US$200 sent from New York to Nicaragua costs 1/2 percent less on the low and high ends.  Click here to try the cost calculator for yourself.

QTECH - Whether due to the global economic crisis caused by the Covid-19 pandemic or due to shortages of electronic components, raw materials, factory...
Corrupion

QCOSTARICA - The investigation into alleged bribery of public officials in exchange for contracts for road works, received help from informants within the Consejo...
Coronavirus

HQ - The appearance of pests and diseases, in particular the 'dragón amarillo' (yellow dragon), the impact of the weather and a sharp drop...
Redaqted