The biggest challenge the political parties and their candidate face in the 2104 presidential elections is funding for their campaigns. 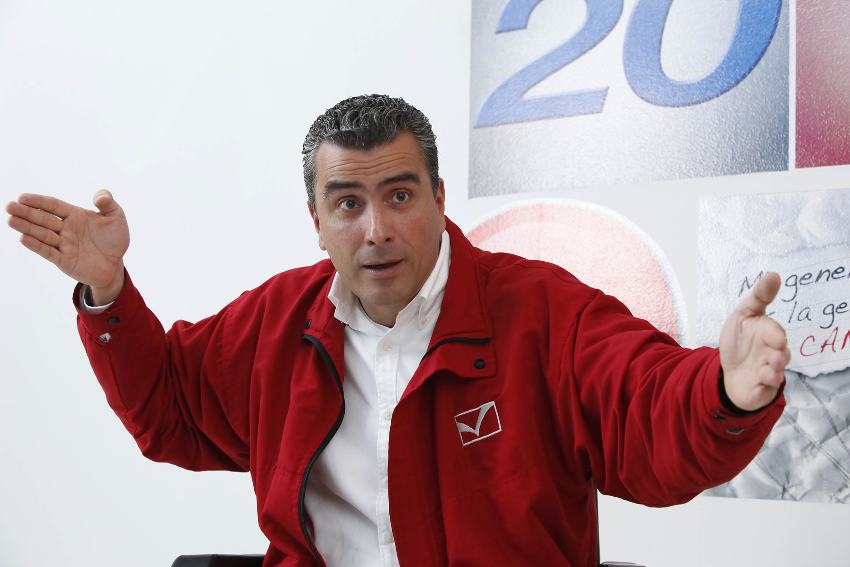 Speaking to La Nacion, Otto Guevara, president of the  Movimiento Libertario (ML) party, said he has carefully evaluated five options to finance his party’s campaign that includes seeking a loan from a foreign bank and raising money from the public through text messages and calls through 900 line.

Also, contributions could be collected through a website by way of selling advertising space and billboard companies could lend money to the party so that it can purchase advertising space.

However, according to his version, none of the options can be implemented due to legal reasons.

The Libertario party is not the only one struggling  with the start of the 2014 presidential campaign kicking off in four months and 20 days.

Although not as open as the ML, the other political parties face similar problems in raising money to finance their campaign expenditures.

And not for the lack of trying.

The estimated cost to finance the 2014 campaign is some ¢5 billion or more colones for each political group.

The funding problem stems from a Constitutional Court (SALA IV) decision last January suspending the use of political bonds to finance elections.

[colored_box color=”grey”]In 2011 Luis Antonio Sobrado, President of the Supreme Electoral Tribunal (TSE) yesterday urged legislators to pass a law that would eliminate political bonds in campaign finance policy. Sobrado explained that the bonds of smaller political parties are essentially worthless paper when they lose in elections and described the entire program as a loophole for parties to covertly receive foreign contributions and effect money laundering. See original La Nacion article.[/colored_box]

The bonds were the main funding tools for the political parties, that would be used as collateral for bank loands and payments to suppliers or to raise cash.

Now, political parties are at the mercy of contributions by individuals, which were negligible in the last campaign.

The  Partido Acción Ciudadana (PAC), for example, says it has available only 3% of the costs, according to Maynor Sterling, party treasurer.

Johnny Araya, candidate for the Partido Liberación Nacional (PLN) says that the funding of campaigns conditioned on private contributions is insufficient and dangerous.

“I think it would be wrong and inappropriate to rely on private donations, you lose the sense of campaign financing by the state,” he told La Nacion.

At the Partido Unidad Social Cristiana (PUSC) – a political force in the country until two elections ago – Gerardo Vargas, president of the party, said the outlook is very difficult and seems to benefit only the PLN.

“This is a great damage to democracy”, said Vargas.

According to Guevara’s interpretation of the election rules governed by the Tribunal Supremo de Elecciones (TSE), his options are not that easy to implement. For instance, using text messaging, a website or the 900 service the cost could be higher than the collection or at best leave the party with no net balance. Guevara uses the example that if one thousand people would contribute ¢1.000 colones each to raise ¢1 million, the cost to use the service would be much higher.

As to raising money abroad, Guevara says that the TSE rules (law) prohibit foreigner involvement. The prohibition also applies to companies lending parties money to purchase their services, as in billboards, radio and television time.

Guevara and the other political party leaders are looking for legislators to pass a law that would help them somewhat. For instance, the TSE proposed last month that each radio and television station give up to 30 minutes air time daily for “election campaigns” and allow parties to increase their political debt to 30% from the current 15%.

Despite their ideological differences, the majority of the parties agree on one thing: they should have kept the political bonds. Although party leaders and candidates don’t quite agree on their use.