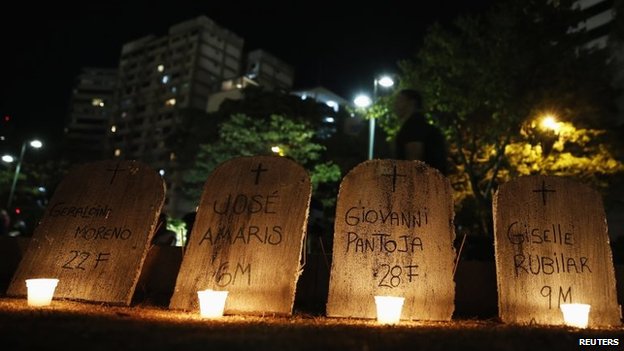 TODAY VENEZUELA – A new report offers insights into where organized crime is most concentrated in Venezuela, but without more data from government agencies the country’s criminal landscape remains shrouded in uncertainty.

A new report (pdf) by the civil society organization Paz Activa found the most reported cases of organized crime activity from August to December 2015 were in the northwestern border state of Zulia, followed closely by the northern state of Miranda. The report analyzed 319 news stories from both national and local media outlets to compile the data.

The report also listed the criminal groups that were reportedly responsible for different types of organized crime activity. Notably, Colombia’s neo-paramilitary organization the Urabeños is the only group listed for contraband. The Urabeños were also reportedly involved in drug trafficking and extortion in the western states of Tachira and Zulia.

Paz Activa’s report provides some useful signposts for understanding where organized crime and criminal groups are concentrated in Venezuela. Certainly, the country’s western border with Colombia is a hotbed for illegal activity, while gangs are also known to have a strong presence in capital city Caracas and its surrounding areas.

The report is also noteworthy for the dearth of Venezuelan criminal groups that were reported operating outside of a single state’s borders. Paz Activa has previously reported on the growth of “mega-gangs,” or criminal networks of up to 200 operatives, but based on the organization’s latest report it appears the gangs’ growth in personnel has not corresponded with territorial expansion.

Of course, it is difficult to draw too many conclusions from the report since the information is based solely on media reports. As Paz Activa itself points out in the report, media coverage alone is not always a good indicator of where organized crime is present, since crime reporting is more robust in some areas than others.

One red flag is that the Urabeños are the only criminal group reported by the media as being involved in contraband. Although contraband has operated to a large extent at the micro level, the huge profits that can be earned from cross-border smuggling thanks to Venezuela’s deepening financial crisis has also attracted powerful mafias and armed groups to the region in recent years.

Reports by civil society groups such as Paz Activa are hampered by the lack of official crime data in Venezuela, which is notoriously scarce and often politicized. The absence of reliable government statistics makes it difficult to discern with much clarity the evolution of Venezuela’s organized crime landscape.

QCOSTARICA - The tolls on ruta 27 will increase...
Politics