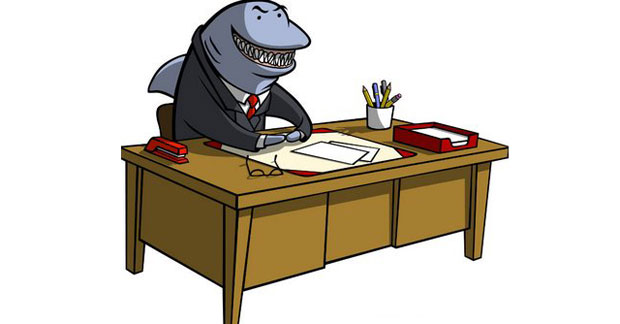 Illegal lending operations in Colombia’s southwest city of Cali have emerged as full fledged mafias, complete with sophisticated organizational structures and violent enforcement tactics that include deploying cadres of armed “enforcers” to collect on petty loans charging interest rates as high as 40 percent, reported El Tiempo. The lending rings are known locally as “gota a gota” operations, meaning “drop by drop” in English.

The loans in question do not require credit checks, nor do they entail paperwork other than a signed agreement to pay. Most loans fall within a range of $30 to $150, with a ceiling of $300. Large home appliances are the most common form of collateral. Estimates suggest there are at least 28 such operations in Cali, with a combined customer base of some 50,000 people.

A former enforcer for one such operation told El Tiempo that his bosses could clear upwards of $40,000 in monthly profits, even after paying a staff of 15 enforcers.

Sources inside the criminal investigations division of the Colombian National Police (Policía Nacional de Colombia – PNC) suggest that much of the money circulating in these lending rings can be traced back to organized crime, specifically drug trafficking operations.

The PNC Chief in Cali, Nelson Ramírez, says the number of people being killed because of problems with illegal lenders is on the rise. Authorities estimate that around 10 percent of murders in the city are related to illegal lending operations.

Illegal loan sharking in Colombia is not a new phenomenon, but the increased size and sophistication of the “gota a gota” operations in Cali seem to be of growing concern for local police and prosecutors.

In late January, the Mayor of Cali, Maurice Armitage, announced a new effort to contain and shut down such operations.

Both at home and abroad, from Brazil to Honduras, loan sharking by Colombian organized crime affiliates has become a preferred method of putting illicit drug profits to use.

Despite the exploitatively high interest rates they charge and the violence associated with their operations, Colombian loan sharks are filling a real void of formal financial services for the poor, who often have no other recourse when financial hardship hits.

As one source told El Tiempo, “People need money. They can solve the problem. It’s a mafia that keeps growing.”