Residents Depend on Tides to Leave or Enter Their Community

COSTA RICA NEWS (By Roberto Acuña Ávalos, Vozdeguanacaste) — Deciding what time to leave or enter the community of Guiones Sur is not something residents of this place can control. They are forced to wait for the right tides to have access to their neighborhood.

The town is located between Garza and La Esperanza of Nosara, and cars can access it only by the beach, which is why high tides prevent anyone from coming in or out. The only other access route is a 1-kilometer trail for walking.

Flor Garcia, who is 48 years old and has lived in the area her entire life, affirmed that the situation is worse when there are emergencies, since if the tide is up, not even an ambulance can reach the community.

“It’s very complicated because we have to wait for the tide to go down. When there’s an emergency it’s awful. When my mom was alive and we had to take her to the Ebais clinic, a man had to put her on his shoulders and walk to where the ambulance would arrive,” said Garcia.

Filimon Ramirez, another community resident, stated that more than five years ago, meetings were held with engineers from the Municipality of Nicoya in which the possibility of building an 80-meter road was analyzed. However, a solution was never implemented.

For his part, the mayor of the Municipality of Nicoya, Marcos Jimenez, alleged that he was unaware of the situation since it has to do with something that happened before his administration and he never received a follow-up report.

However, the mayor was emphatic in stating that the problem of access to Guiones Sur is not the Municipality’s responsibility, but rather that of the Ministry of Energy and Environment (MINAE – Ministerio de Energia y Ambiente).

“Regarding the Guiones Sur subject, the Municipality of Nicoya cannot intervene on lands or properties that fall under MINAE’s jurisdiction, resulting from the Ostional Wildlife Refuge law,” said Jimenez, indicating that Guiones Beach is part of that refuge.

The area known as Guiones Sur borders Garza Beach, and as its name suggests, it is to the south of Guiones Beach. In 1985, MINAE included Guiones Beach as part of the refuge. Fishing families already lived there as well as summer homes of influential families from San Jose. Today, some 100 residents inhabit Guiones Sur and the majority of them earn a living through fishing.

Although the National System of Conservation Areas has found the existing community to be in accordance with the principles of conservation, Guiones Sur residents have to wait until the Constitution of the Ostional Refuge in Coastal Territory law is approved to validate the town’s permanence. That law project is being created by proponents of the Coastal Community Territories bill (TECOCOS – Ley de Territorios Costeros Comunitarios), who are defending the right of those local families to live along the coast. 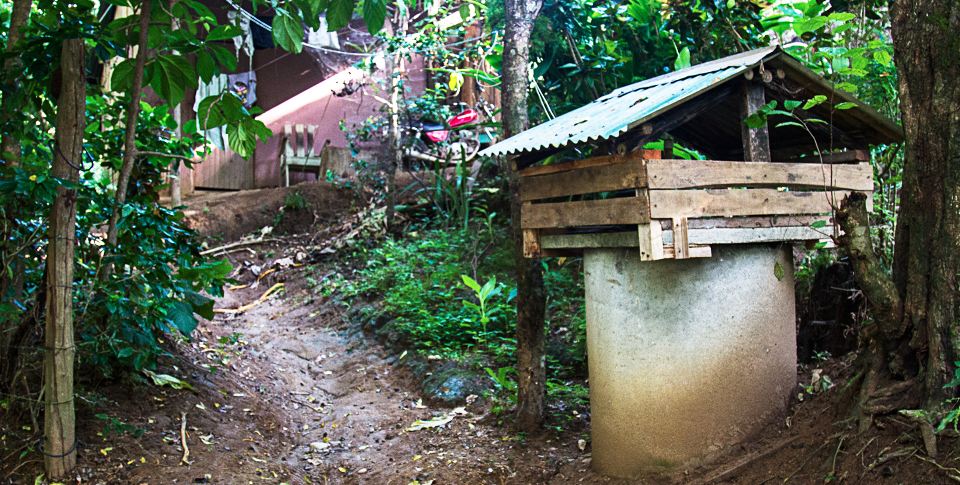 According to Norma Rodriguez, director of protected areas for the Tempisque Conservation Area (ACT – Area de Conservacion Tempisque), Guiones Sur residents could build a road to connect the community using the access route that takes them to route 160, but only outside of the 200 meters of the Maritime Land Zone.

“Guiones Sur is a Wildlife Refuge and no longer categorized as Maritime Land Zone. To build the road, the community or the municipality would have to organize themselves to purchase some private properties that the route would have to cross, but outside of the 200 meters,” said Rodriguez.

Rodriguez also stated that although Guiones Sur is part of the refuge, the Municipality does have the ability to help the community build a road through the private properties, as the municipality can request permission from the State Forestry Administration.

According to article 19 of the Forestry Law, the State Forestry Administration can grant permits for roads in areas with forests, which is to say, the municipality, which is in charge of rural roads, could request MINAE’s authorization to build a road outside of the 200-meter zone.

But, to implement the project, the Municipality of Nicoya’s only option for doing so would be to expropriate and purchase private properties.

QCOSTARICA - American Airlines announced that starting November 2, 2021, it will offer a direct flight between Austin, Texas and the Daniel Oduber International...
Economic Recovery