Retirees in Costa Rica Who Have Car Accidents Should Know This 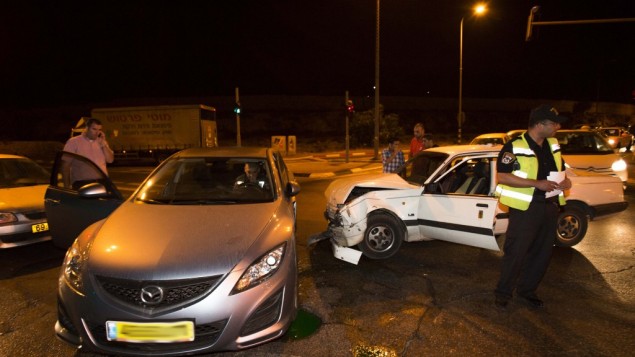 LIVING IN COSTA RICA :  The following is from a post by long time resident and Costa Rica retirement guru, Christopher Howard.

It was first published in 2012, but still applies today.

I am adding it here given the start of the holiday season as reminder to all retirees living in and visitors to Costa Rica in the event they are involved in a traffic accident.

From Living in Costa Rica:

If you are involved in an automobile accident in Costa Rica you will have to appear in Traffic Court (Juzgado de Tránsito) within a week after the crash whether it is your fault or not.

If someone was hurt in the crash and is incapacitated for more than five days or if one of the drivers was inebriated, a case will also be open by the Ministerio Público (Judicial Ministry) to investigate injuries caused from the accident or reckless driving if one of the parties involved was drunk at the time of the mishap.

Once the court has the testimonies, a judge will schedule a hearing (audiencia) to resolve the case. At this time witnesses will be interviewed and any documentation pertaining to the case will be reviewed. After that the judge will decide who is responsible for the accident and the amount of damages to be paid.

Be aware of these factors which may influence the outcome of the hearing.

1) If you don’t show up for the hearing you are automatically found guilty whether you caused the accident or not. This is because the judge can’t hear your version about what happened.

2) If you hit a car from behind, then you are automatically guilty since it is your duty to keep a safe distance from the car in front of you.

3) According to the judge the guilty party has to pay for the repair of the other person’s vehicle.

4) Besides paying the damages to the other vehicle, the guilty party may have to pay the other person’s legal fees.

This is basic legal information retirees and others should be aware of in case they are involved in an automobile accident. It is not intended to be used in lieu of an attorney. Also this information is not part of my eBook, “Christopher Howard’s Guide to the Costa Rican Legal System for tontos (dumbbells).” Please see Costa Rica Books.

On my monthly relocation/retirement tours I am quick to remind potential retirees that I am not a lawyer and only have a superficial knowledge of the legal system gathered from the 32 years I have lived here.

- Advertisement -
Paying the bills
Previous articleTraffic Fines Go Up On Jan. 1
Next articleThis Year To Date: One Traffic Fatality Daily!