Traffic Fines Go Up On Jan. 1 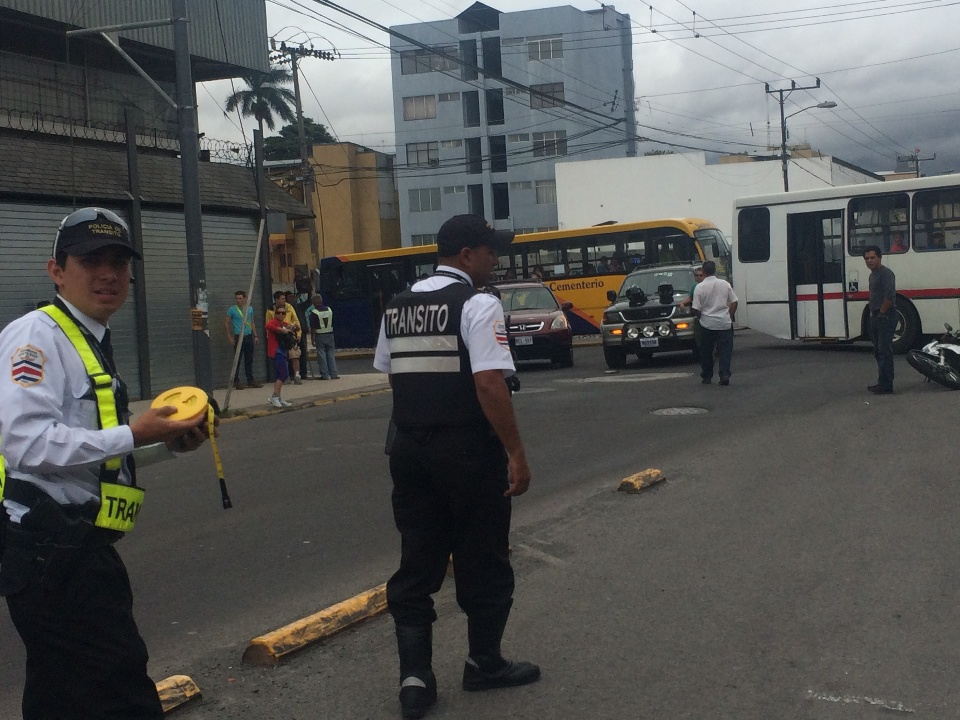 The highest penalties are for excessive speeding, deemed to be 120 kilometers per hour or more, and passing or making U turns in prohibted zones. So if you’re going to goof off at the wheel, you might do it while the fines is still only (!) ¢293,000 colones.

If you aren’t killed first.

Lesser offenses receive lesser increases: for driving without credentials, towing another vehicle or not carrying emergency equipment (like those triangular signals to other driver that your vehicle has made an emergency stop), the fine goes up from ¢20,000 to ¢22,000 colones.

Traffic police director Mario Calderon told La Nacion that the fine increase is in proportion to spending power. “I don’t think anyone likes to pay a traffic fine,” he said. He noted that the increase was not based on a study but on a calculation of unpleasantness.

Despite the relatively new traffic law, the high fines have not seemed to make Costa Rica’s driver less apt to make stupid moves — the death toll on the highways is 297 this year, up from 202 last year. According to the highway safety people at COSEVI, invading the other lane, excessive speed and drunk driving are the chief causes.

Of course, the drivers with the most to lose from accidents, those on motorcycles, are the ones with a death toll out of proportion with their numbers — 54 dead this year and still counting. They make lanes between cars whether or not there are lanes there, and perform other stupid moves due to their small size.

La Nacion reported that the fine increase still do not reach the levels of the traffic law when it was first passed in December of 2008 when the highest fine was 360,000 plus an involuntary contribution to the child welfare agency PANI of 30%.

The Legislative Assembly readjusted the fines in 2012 after the Constitutional Court found them excessive. Fines before that under the antiquated old traffic law were laughably low and no deterrent at all since the law had been years without adjustment for inflation.

Comment: Being in the wrong lane (of oncoming traffic) at the wrong time is due to a nearly suicidal tendency of Tico drivers to pass on curves they cannot see around. They seem to have some mystical faith that the other end of the curve is not harboring an oncoming vehicle.

Such an assessment can be ranked with superstition — the difference being that knocking on wood, while bragging, at least will not get you killed. Lamenting that you’re wrong, if you’re a motorcycle rider, is of no good to you if you’e plastered all over the radiator of a semi truck-trailer.