Right Out The Action Movies, Robbery in Santa Ana Ends in Shootout With Police 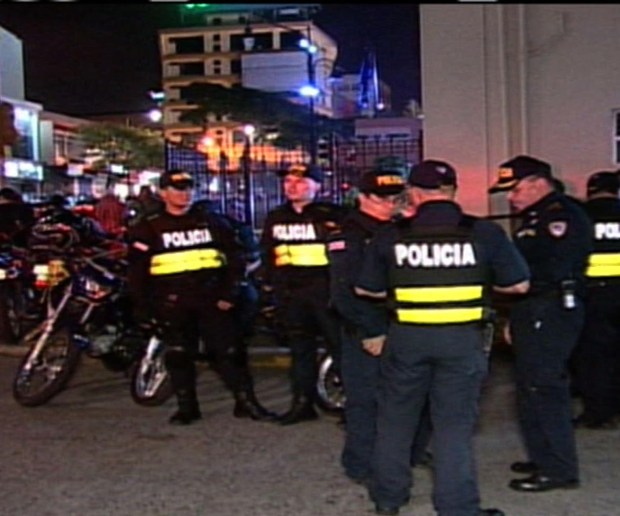 QCOSTARICA – Right out of the action movies. Three guys commit a robbery and escape in a stolen vehicle. Police give chase, crash vehicles and send several to hospital. The police pursuit continues, a gunfire breaks out, one of the bad guys is killed in the exchange of bullets.

That as the scene in Santa Ana, west of San Jose, yesterday afternoon, minutes before 5:00pm, when three men robbed a hardware store in Piedades de Santa Ana.

The regional deputy director of the Fuerza Publica in San Jose (police), Francisco Cordero, said they received the call of a theft in progress and immediately dispatched a patrol car that was near the scene, the officers giving chase to the assailants fleeing in a white Susuki, that turns out was stolen earlier this month. 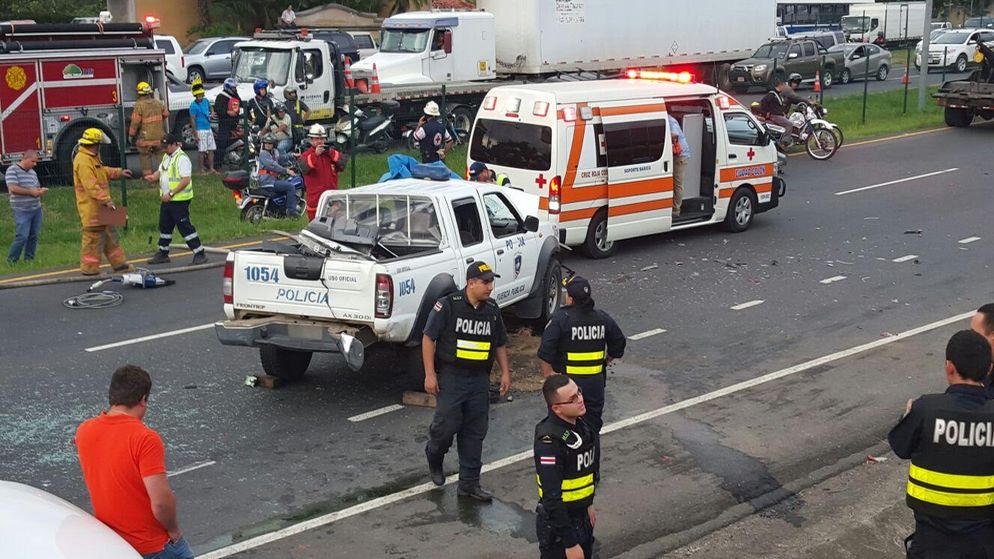 The chase. The pursuit continues onto the Ruta 27, in the direction of San Jose, when ahead of the Santa Ana intersection, in front of the Forum 1, the police cars crashed into several vehicles. This intersection if well-known for the illegal turn into the Santa Ana commercial centre and the scene of constant accidents. 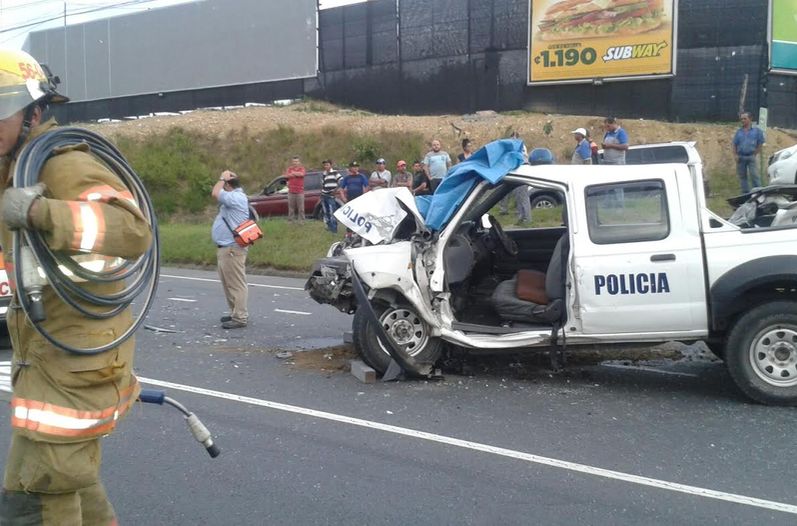 Three people suffered injury in the crash, taken to hospital in stable condition. 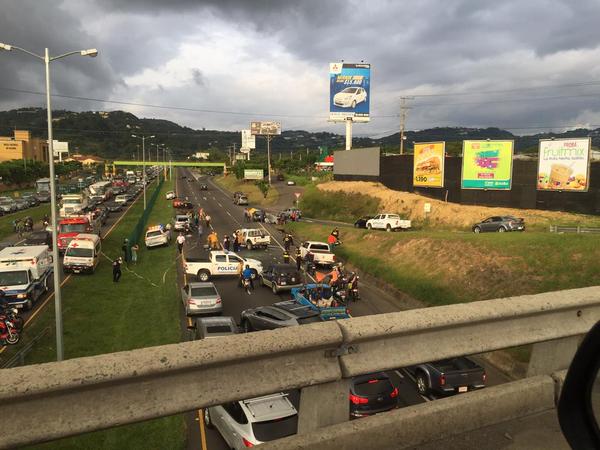 The chase continues. Two police officers on motorcycles continued the pursuit, on the road to Santa Ana, where near the Green Onion restaurant (just ahead of the Cruz Roja intersection) the assailants lost control of their vehicle and crashed into a concrete wall.

Shootout with police. At this point the assailants decided to fire at the pursuing police. They returned fire, killing one of the assailants in the gunfight. The other was taken into custody and under tight police custody at the San Juan de Dios hospital where he was treated from his injuries sustained in the car crash.

The assailants were identified by their last names Rodriguez and Fernandez, the identity of the deceased was withheld.

The take. According to police the three men, one of which is now dead, made off from the hardware store some ¢200.000 colones (about US$400 dollars) and some merchandise.

Traffic congestion on the Ruta 27 is worse than normal, the highway being completely closed from Cuidad Colon to Santa Ana into well after 6:00pm.