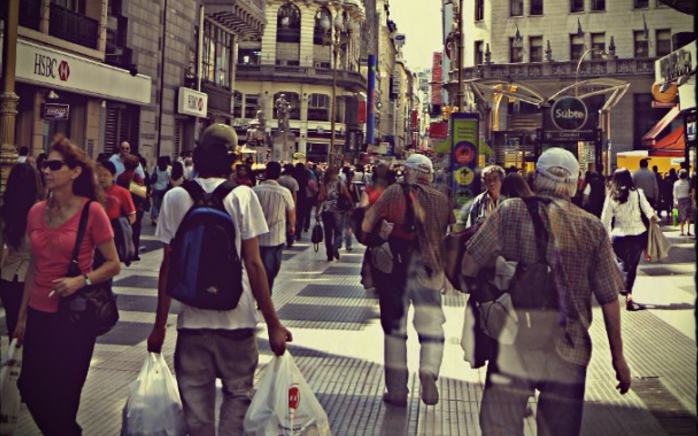 Recent findings from the World Bank and the Banco Interamericano de Desarrollo (BID) confirm that the middle class is now the majority in South America — and it will continue to grow.

Without wading into the quagmire of defining “middle class,” a dicey topic with many nuances and interpretations, it bears mentioning that middle classes are not all the same across the region. And it is important for businesses in particular to adequately understand this if they want to reach their development potential.

The traditional rising middle class reflects conventional patterns of increasing economic and social status. It is growing more quickly in countries that have enjoyed sustained growth in recent years, following the traditional patterns of modern development (greater industrialization, a move into globalization, respect for property rights, etc.). Chile is the exemplary case of this trend, with Mexico and Brazil exhibiting some but not all the characteristics.

This type of middle class started to increase in size between the 1960s and 1980s, and then adapted to new international conditions of economic exchange (free trade, exports, arrival of multinationals). It is, therefore, an urban, Westernized middle class, which has roots in traditional suburbs. It is a fervent guardian of the status quo, protector of property rights, and typically upholds conservative political and social ideas.

This middle class was always linked to, or in some way indirectly dependent upon, the upper classes, to which it naturally aspires. At the same time, it feels that its power and social status are threatened by new and unfamiliar migrating classes who arrive in cities, and who could eventually end up achieving economic status superior to its own. This first kind of middle class doesn’t consist of great entrepreneurs, and in terms of business in general may not be the most profitable, but rather consists of a very industrious workforce that aims to maintain a salary and raise a family with a few well-educated children.

The declining traditional middle class is of particular interest to researchers lately in Latin America, and corresponds to those groups that formed in some countries especially around the 1950s, and now are losing strength. Examples are the middle classes coming from countries such as Argentina and Uruguay, and also Venezuela, which in recent times have been losing economic power and haven’t been able to overcome the infamous “lost decade” of Latin America.

This class is composed mainly of employees, urban dwellers and those who live in traditional suburbs close to the upper class, to which they would have wanted to remain a part of (although today many feel betrayed by them). It is a middle class which, earlier, suitably took on the pivotal role between large industrial owners and the working class.

As they lose economic capacity and power, this portion of the middle class fears approaching the lower classes, with whom they’ve never identified in the past. So by contrast to their “rising” cousins, they are more prone to identify with populist political ideas or the traditional left wing. Many have been forced to migrate from small to large cities, or to another country entirely, as they feel they are losing the status which they had held for some time.

As one commentator points out in Argentina, for example, “To stop being middle class virtually means to cease to be at all.”

The new diverging middle class is the new type of middle class that we would like to present. It is born of the large wave of migration from the countryside to cities that many Latin American countries experienced between 1960 and 2000. Its magnitude was so huge that this group now represents almost two-thirds of the population of Sao Paulo, Mexico City, Lima and other large Latin American cities.

To begin with, the members of this demographic trend were originally rejected by governments and traditional upper and middle classes. So they built their own homes and businesses, managing to create a parallel economy with its own dynamics. By now, this vast, diverging middle class has risen out of poverty, according to economic data.

But what is most interesting about these groups is that they have never been dependent on the traditional upper classes, nor do they follow their behavior as an example. In this way they created their own models of social coexistence (based on utilitarianism and practicality), their relations with the authorities (broadly liberal, a level approaching anarchism), their own codes of beauty (special architecture in their homes and businesses, the mixing and clashing of colors), and much more.

They are mostly entrepreneurs, hard workers, and to the extent that they own their own homes and businesses, be they large or small, are all strong advocates of property rights. Judging by their origins, one might assume that they are very traditional, but this is not the case. They are open to change and often import trends from elsewhere (via Internet or television) and adopt these without them passing through the “aspiring” filter of the upper classes. Evidence can be found in the music that their children listen to (a form of American-style rap and reggae, but “tropicalized” in South American countries) and the idols they follow, such as some Korean pop groups.

This is the new middle class that, contrary to expectation, isn’t the guardian of traditional society, but rather is the most important agent of change in the future.

Read the article in the original language.

*Rolando Arellano is president of Arellano Consultants for Emerging Economies.

QCOSTARICA - Emilia Navas will not be removed from her position as attorney general, after calls for her to step down due to her...
Reports

QCOSTARICA - The prestige of the company of some of the richest men in Costa Rica hangs by a thread. For many, the MECO...
Expat Focus