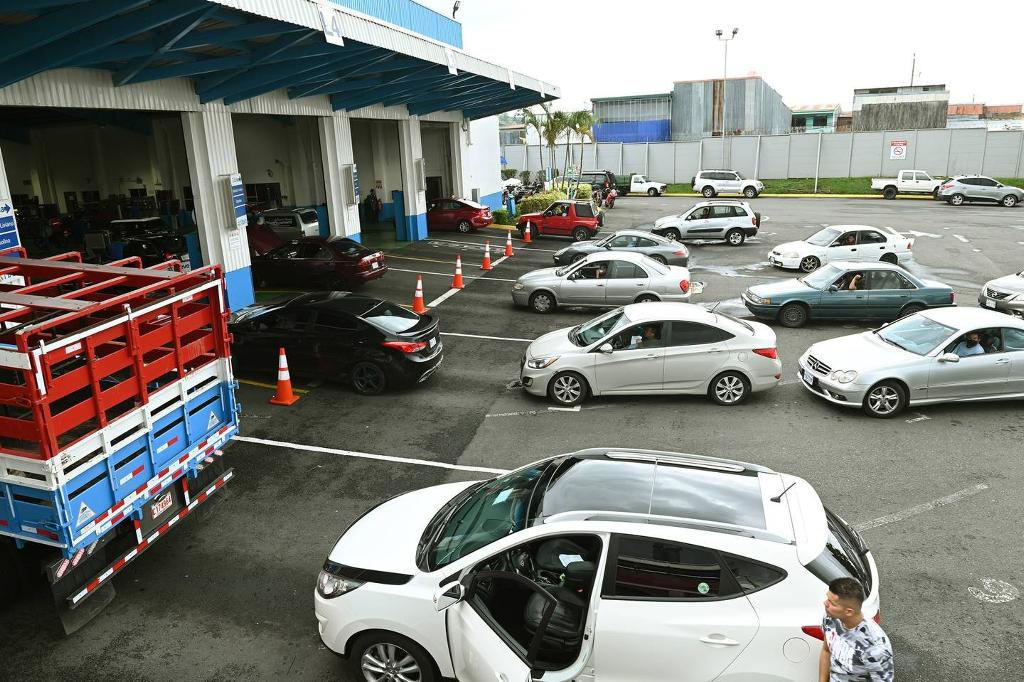 QCOSTARICA – The two-decade-long love and have affair with Riteve, the vehicular inspection service, is coming to and in a few days. And with it brings some really bad news for procrastinating drivers.

On Monday, the Riteve SyC communicated that all 17 stations were saturated and no more appointments were available, as some vehicle owners come to catch up, others to advance inspections in anticipation that there will be many more queues when another operator resumes service, possibly by the middle of September or October.

For his part, the Minister of Obras Publicas y Transportes (MOPT), Luis Amador, reminded drivers that there will be sanctions for not having the Riteve inspection sticker for vehicles with license plates ending in 1 to 6 (January to June).

Vehicles with license plates ending in 7 to 0 (July to October), the period in which the MOPT awards a new contract and a new operator is established, will not be sanctioned.

The MOPT is pretty confident that is can complete the contracting and installation process of a new operator by no later than September 15, thus vehicles with license plates ending from 7 to 0, will have an additional two months to complete the inspection process.

What is possible is that once the new operator, be it a new service provider or the government take over, “plan B”, as Amador is calling it, there will be saturation at the old Riteve stations (all land, installations and equipment pass to the government on July 15), because in the last months of the year, 928,000 vehicles must go for inspection. And according to data from Riteve up to Monday, only some 5,500 vehicles with license plates ending in 8 had advanced their inspection.

In addition, more than 150,000 vehicles did not have their inspection for the year, some 35,000 more with respect to the number of motor vehicles delayed compared to last year.

To be fair, the 150,000 includes vehicles that are no longer on the road, yet they maintain their registration and thus the requirement for a vehicular inspection.

November is also a key month in the process, a month when vehicles MUST have the inspection certificate to be able to make the payment of the Marchamo. Otherwise, the government will have to eliminate this requirement to make effective the collection of taxes.

Such a situation is of concern for government coffers but would also increase the number of vehicles on the roads without any type of guarantee on their mechanical condition. A back to the future the country lived two decades ago.

The end of an era

On Friday, the Riteve SyC will prepare its facilities for the 4:00 pm delivery of the lands, buildings, and equipment to the State, as established in the concession contract signed in 2002. Amador announced that he will personally be at one of the stations, not mentioning which, for the handover.

- Advertisement -
Paying the bills
Previous articleMassacre in Guanacaste: Nicaraguan family came in search of better opportunities and found death
Next articleRuta 32 re-opened after more than two weeks of closure

QCOSTARICA (Reuters) Costa Rica is readying a plan to...
National