QCOSTARICA – Ruta 32 through the Zurqui was re-opened on Tuesday morning after more than two weeks of being closed.

This route, which connects the central valley and Greater Metropolitan Area (GAM) to the Caribbean coast of the country, was closed on June 26 after a large amount of material fell at kilometer 28, in the section between the tolls in Heredia and the Cruce Río Frío, Guapiles. 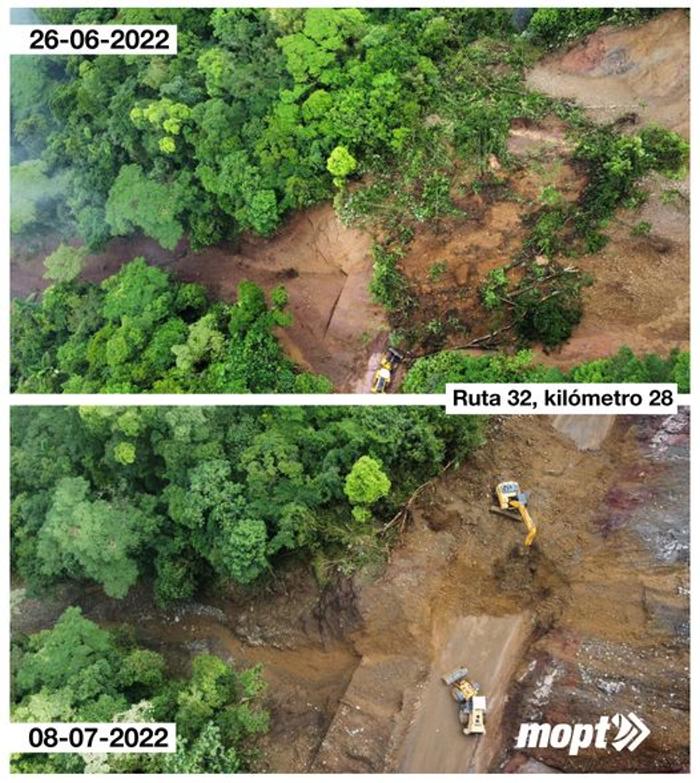 The transport and export chambers showed their concern a few days ago about the prolonged closure the road, implying an increase in transfers of up to 20%.

Mariano Alfaro, regional chief of the Policia de Transito (Traffic Police), reminded drivers to drive carefully on these types of routes prone to landslides due to the heavy rains.

Luis Amador, MOPT Minister, pointed out on the Nuestra Voz radio program that this road was built without taking into account measures to contain the slopes on the section that runs through the Braulio Carrillo national park, one of the areas with the steepest topography of the country.

The Carretera Braulio Carrillo inaugurated on March 28, 1987. The road begins its journey to the northeast of the city of San José, at an average altitude of 1,160 meters above sea level, an area with a temperature that ranges between 15º and 28º C, until it reaches Siquirres at 62 meters above sea level and a hot and humid climate with a temperature average of 25º C.

The MOPT together with the Ministry of the Environment are looking for ways to intervene on Route 32.

QCOSTARICA - According to data from the Instituto Nacional...
Politics