It appears that it takes modern Costa Ricans as long to build a road as it took Medieval Europeans to build a cathedral. And the results are not nearly as pretty… 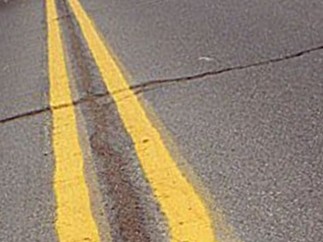 The new road, currently under construction, to San Carlos has been promised for 23 years and the plan and contracts must be revised because of intervening wetlands encountered by surveyors along the route. (Oh, bother!)

The much-needed road to open the San Carlos canton’s rich farmland to exploitation was originally started during President Oscar Arias’s first term in 1989. (San Carlos is a huge, mostly rural, canton that once was proposed to be a province all of itself.)

But a break in the terrain as well as the route skirting soft wetlands will result in a change of route. It will now cost $9 million more and will delay the road further by the need for lengthy expropriations and will mean widening the road from two to four lanes.

The sad news was confirmed to the press by Ministry of Public Works (MOPT) engineer Albert Sanchez who says that 2.8 kilometers must be added to the route to avoid obstacles.

Sanchez added that one sector suffered an landslide that revealed a weakness in the planned route. Moreover, a fault 24 meters deep will add 1.4 kilometers due to the need for a detour. That’s about 3 or 4 million dollars right there.

And then there will be $5 million to provide a stable surface over soft, damp ground. Moreover, it rains so frequently in this area that engineers must add 7.5 days of downtime per month due to rains.

Despite this, MOPT and Conavi hope the route will be open by the end of 2013 — although there is always something happening to delay things.

For example, in 1992, then-President Rafael Angel Calderon tried to revive the stalled road plan, even going so far as to ceremonially place the first stone at Florencia in the canton. That was as far as he got.

In 1996, then-President Jose Maria Figueres traveled to Ciudad Quesada, the canton seat, with the ambassador of Taiwan, announcing a $35 million loan to complete the road. In May, 2001, Taiwan announced a $15 million loan to continue with the Narajo-Florencia stretch.

But construction of that link was evaluated as costing $50 million. Still another setback came in 2008 when the Taiwanese firm charged with the road abandoned the project after Costa Rica cut relations with the island Chinese nation.

Commentary: As they say here in Costa Rica, “Tenga fe, Hermano!” (Have faith, Brother!) These things have a tendency to get done, eventually. Then, they are followed by a series of corrections for defects that should have been envisioned.

To live tranquilly in this country, one must have the same placid philosophy and patience of an oxcart driver of the 19th century carrying a load of coffee to the docks at Puntarenas, miles away at about 2 miles per hour. We’ll get there when we arrive. Si Dios quiere…

Q24N (La Habana) Cuba turned the page on the governments of...
Read more

Q REPORTS (NY Times) When Raúl Castro retired as Cuba’s top leader Monday, he left a warning for a nation increasingly divided over the...
Front Page

QCOSTARICA - The contagion or "R" rate for this Monday in Costa Rica reached 1.45, according to the analysis carried out by the Universidad...
Vaccine

QCOSTARICA - With the entry of the fifteenth shipment of vaccines against the SARS-CoV-2 virus, this April 13, Costa Rica exceeds one million doses...
Limon

QCOSTARICA - For the third consecutive night, the Ruta 32, which connects San José with Limón, was closed from 7 pm Friday and until...
Culture

QCOSTARICA - The building that housed the Key Largo adult entertainment center, in the heart of San José, will have a new facet: it...
Colombia

QCOLOMBIA – Sexual activity in Colombia had negative effects as a result of the covid-19 pandemic. This was demonstrated by the results of the...
Rico's Covid-19 Digest