Roadwork: Neither Quantity Nor Quality 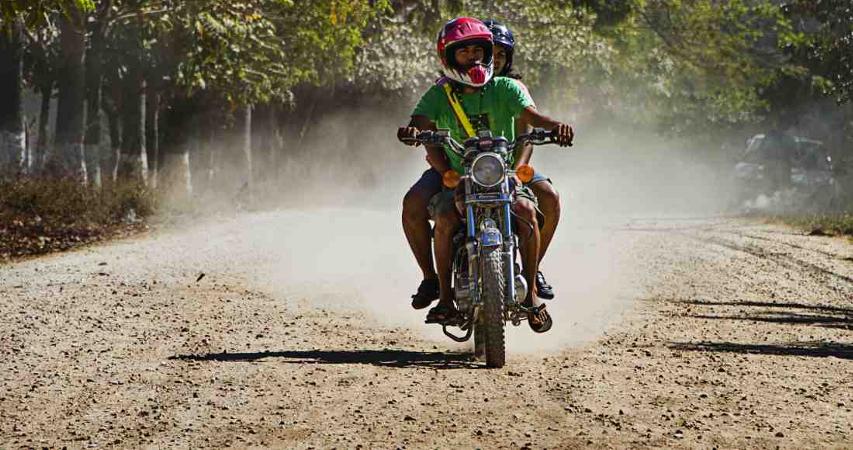 Editorial by Emiliana Garcia, Vozdeguanacaste | The roads are one of the most important public services that the government provides us. We all use them. Daily, they connect us to the municipality, to the commercial central, to the beaches, to the schools and the hospitals, and to each other. So what kind of public service is the local and national government entities providing us in this regard?

Is it quality customer service? Are they hearing and attending to the needs and requests of their constituents?

Is this effort to placate the demands of the people for the long-promised pavement of route 160 the best they could do? In all fairness, the team that did it wasn’t who should have done it. Considering it is a national route that should be cared for by the Nacional Roadways Council (CONAVI – Consejo Nacional de Vialidad), it was the regional team of the Ministry of Public Works and Transportation (MOPT) that finally intervened, under the order of the constitutional court, and in a recent interview, the regional director Julio Viales also told The Voice that they are working with engineers that are not really experienced in roadways, with most of their machinery out of commission and a limited budget.

And how about all of the other routes in the canton? The mayor Marco Jimenez Muñoz believes they’ve made progress in 2013, giving better attention to neighborhood roads and placing the municipal machinery to work under the direct supervision of the Technical Road Management Unit (UTGV –Unidad Técnica de Gestión Vial) instead of under mayor’s supervision.

However, the reality is that there are so many roads that need attention and continuing maintanenace that the local government is hard pressed to keep up. We understand that. The quantity is immense, but here comes the kicker. In January, on The Voice’s website, we reported that in 2013 only 24% of their annual budget for the UTGV was invested in road maintenance and construction projects in the canton. What did the rest of the budget go to? Administrative and operating expenses.

Now comes the finger pointing—both Viales and Julio Lopez, the engineer in charge of UTGV, say salaries should not come from the budget that is based on funds from law 8114, which charges a tax on gas, contributing 30% of the funds raised to CONAVI and municipalities. Much more of the money should actually be used to fix the roads.

The mayor, Jimenez, pointed out that 80% of the budget from law 8114 is assigned to CONAVI, although they only oversee 20% of the nation’s roads, whereas the muncipalities maintain 80% of the roads with just 20% of the budget, a disparity that would require new legislation to remedy. And in all this fingerpointing, what changes? Stop pointing fingers, put your heads together as leaders, figure out how to crunch the numbers differently and provide the public with a greater quantity of quality roadwork.

- Advertisement -
Paying the bills
Previous articleBogota: What a Difference a (Car-Free) Day Makes!
Next articleCosta Rican Soccer: Its History

QCOSTARICA - For today, Saturday, September 11, there are...
Brazil