Roger Waters is already in Costa Rica! Gets A Tico Welcome By Fans.

Pink Floyd's Roger Waters will take the stage at the National Stadium in La Sabana on Saturday, November 24

Roger Waters is here!  The co-founder of the progressive rock band Pink Floyd, arrived at the Juan Santamaria international airport by private plane, was greeted by fans, who escorted him to his hotel in Escazu.

Helen Feigenblatt is one of the assiduous fans of Roger Waters and Pink Floyd who provided her group that make up the Pink Floyd Fan Club Costa Rica with information of his arrival, anxious to meet him in person.

The private flight was originally to arrive at 2:00 pm. But the delay did not matter.

“A friend who has contacts was the one who told us of the time that Roger Waters would arrive,” said Marco Monge, a fan of the British artist.

“It’s an honor that he is in the country. I managed to take a picture and my legs were shaking,” said three of the fans, who expressed their excitement after having seen their idol in person.

To welcome the 75-year-old British artist, the fans organized themselves days before. Some took the day off work. Stephanie Lopez says that she left running from work, Natalia Chavarría was waiting since 10 am when she finished classes, and Hellen waited at the airport, she finished work at 2 pm.

“The mae (man) came out and we could not do anything, I do not know how I managed to hold the poster I was carrying. Let’s say in history that we are the first fans of Pink Floyd who saw him arrive in Costa Rica,” said Martin Fallas, a vehement follower of Pink Floyd and Roger Waters.

The fans expected more. An autograph? A selfie?. Nothing. Mostly because, as Helen describes, they were in shock in seeing their idol, “we couldn’t even shout out a welcome”.

Helen and her group of friends camped out at the Escazu hotel waiting. But by 8:30 pm they gave up and went home. They plan to the at hotel again this Friday.

Pink Floyd’s Roger Waters will take the stage at the National Stadium in La Sabana on Saturday, November 24, at 7:00 pm.

Ticket prices range from ¢97.750 for a spot at “The Wall” to ¢28,750 for the telescope needed section. Click here for more on ticket information. 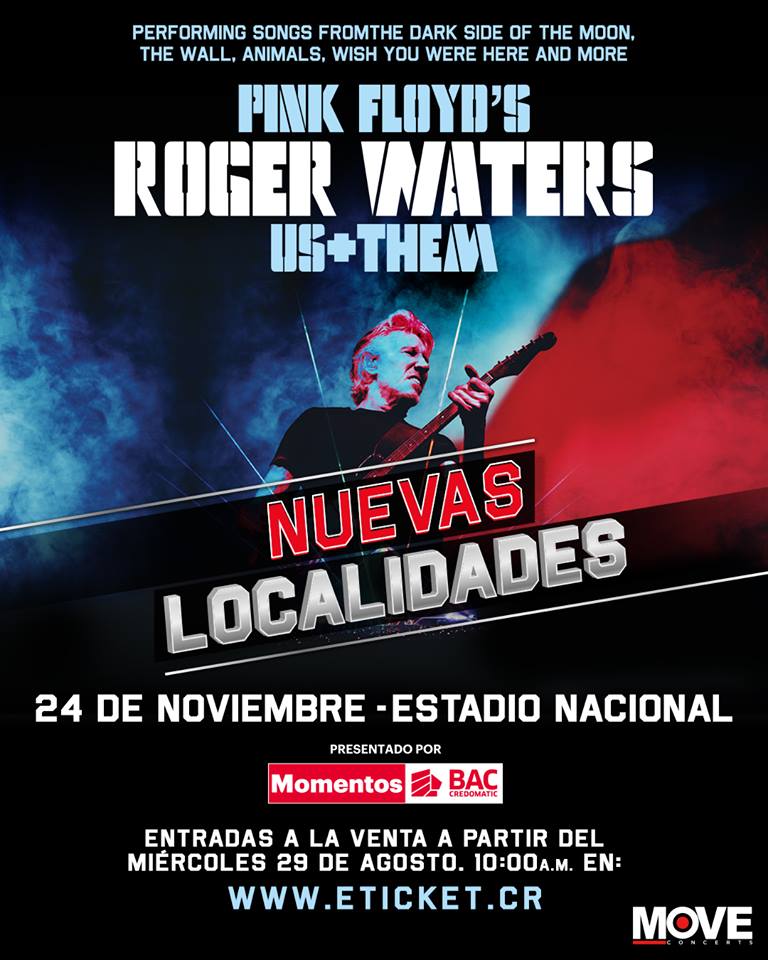 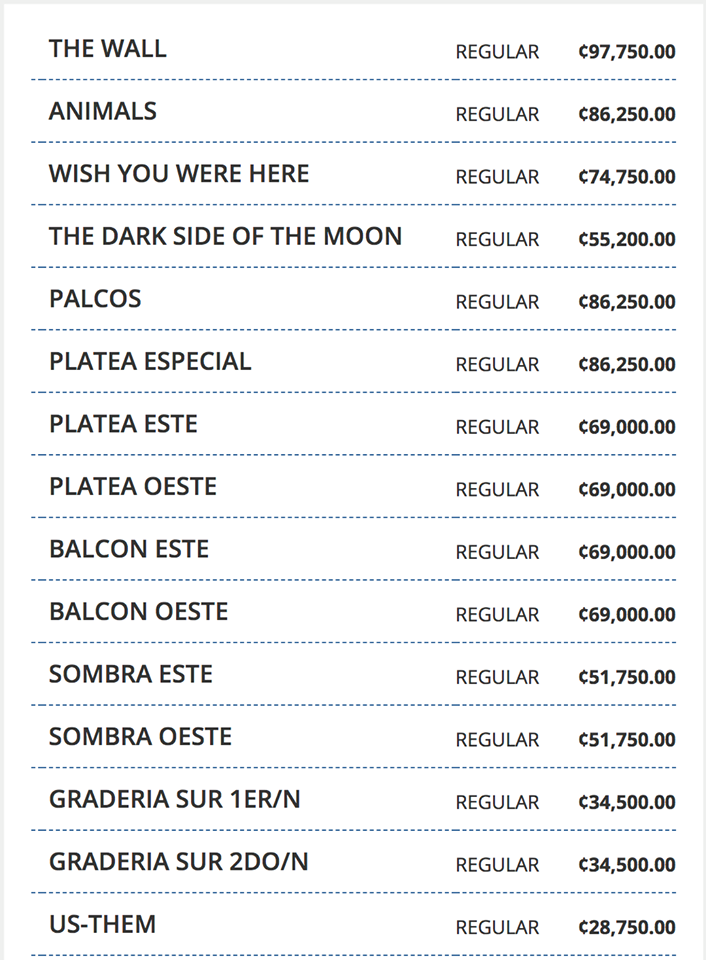 Pink Floyd achieved international success with the concept albums The Dark Side of the Moon, Wish You Were Here, Animals, and The Wall. By the early 1980s, they had become one of the most critically acclaimed and commercially successful groups in popular music; by 2013, they had sold more than 250 million albums worldwide. Amid creative differences, Waters left in 1985 and began a legal dispute with the remaining members over their use of the band’s name and material. They settled out of court in 1987.

He has toured extensively as a solo act since 1999; he performed The Dark Side of the Moon in its entirety for his world tour of 2006–2008, and in 2010 began the Wall Live tour, the highest-grossing of all time by a solo artist.

Take Home A Piece of History

This weekend the 'chancho' used by Roger Waters in his concert...
Read more