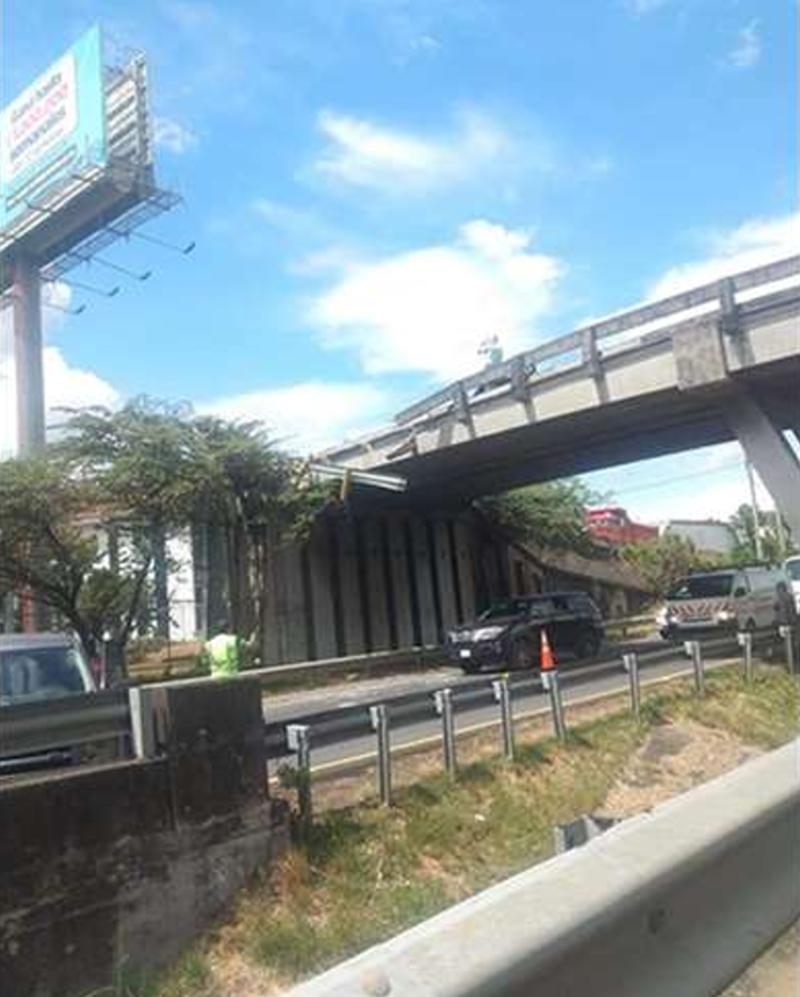 QCOSTARICA – “It felt like an earthquake,” described Eduardo Retana, the driver of the pickup truck that had the unfortunate luck shortly after noon this Wednesday when a Range Rover SUV fell off the bridge on the Ruta 27, immediately west of the Santa Ana interchange. 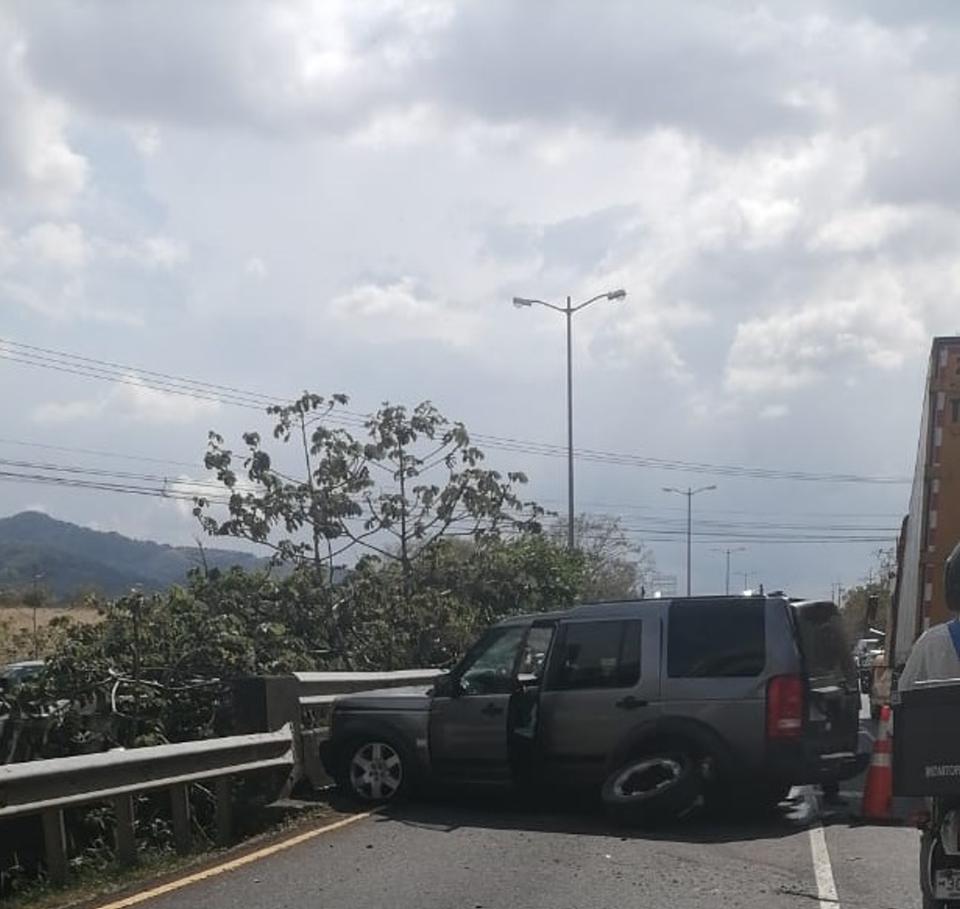 “The floor of the truck came off, the boards fell inside because the glass was broken,” said Retana, who came out of the freak accident unscathed.

The Santa Ana Red Cross that attended the emergency reported that there were no serious injuries, the elderly man driving the SUV was looked over by paramedics but did not require a transfer to hospital. Only material damages were reported.

According to witnesses, the Range Rover was crossing the overhead bridge from the Forum to the eastbound lanes of the Ruta 27, when apparently, the drive could not negotiate the curve, slammed into the flimsy railing, flew through the air, and fell on the road below after hitting the pick up truck. 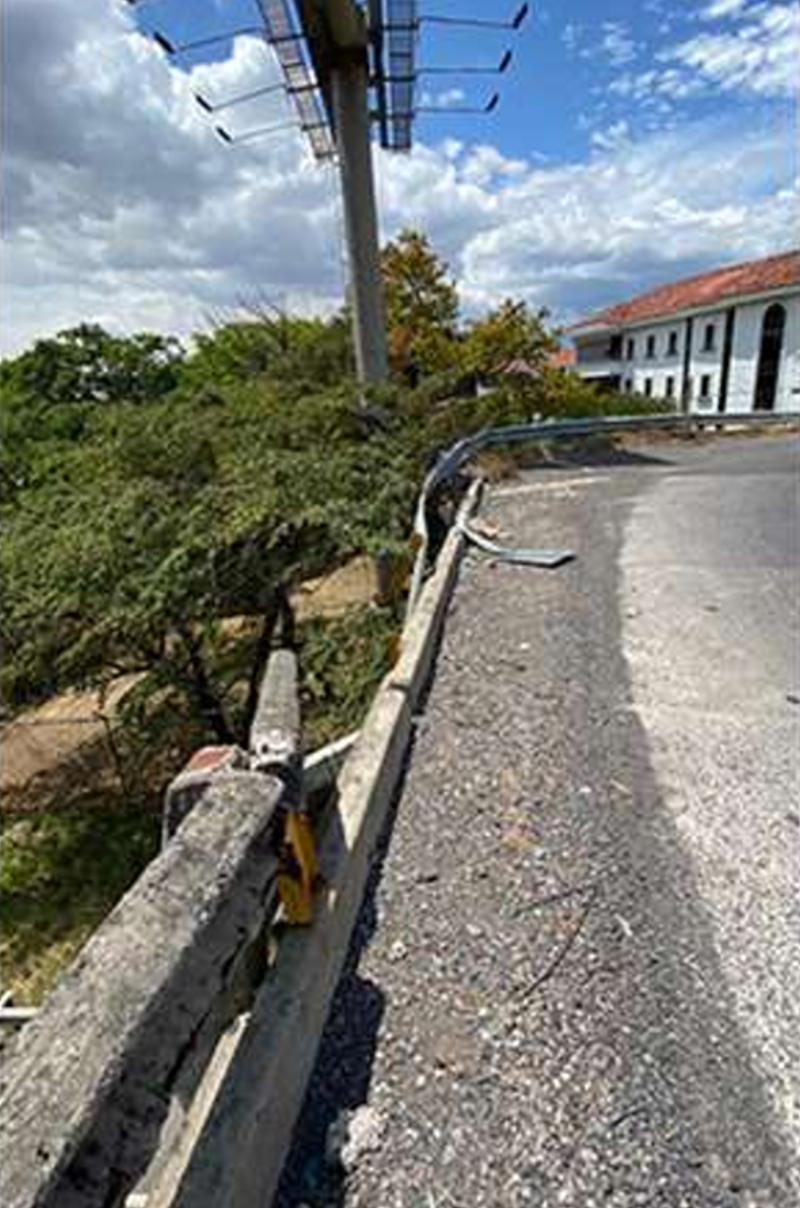 The Ruta 27 westbound was stop and go well into the afternoon after reopening with one lane (of two) with passing drivers rubbernecking. 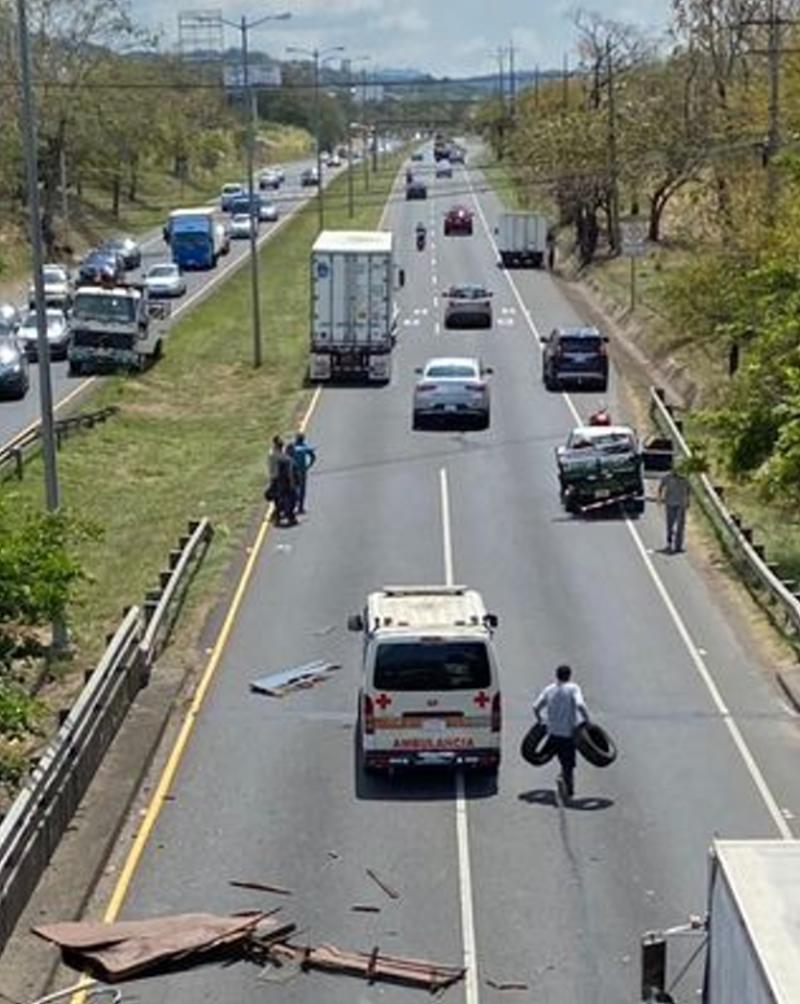 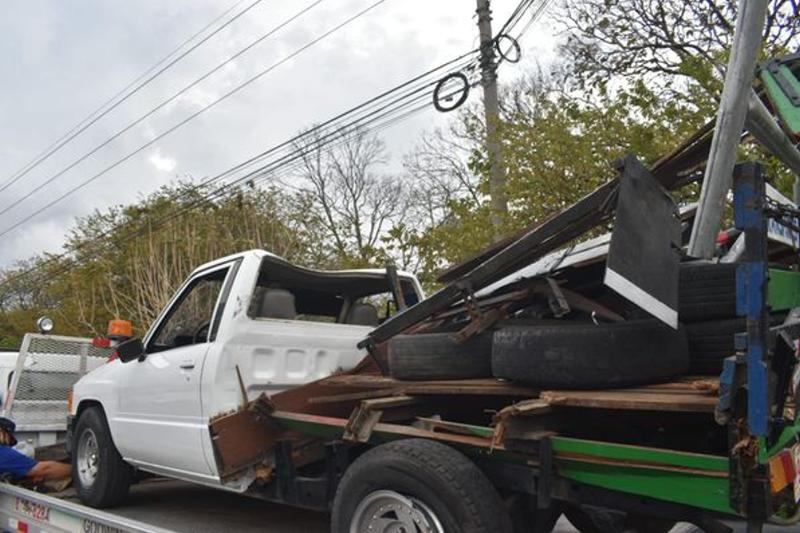 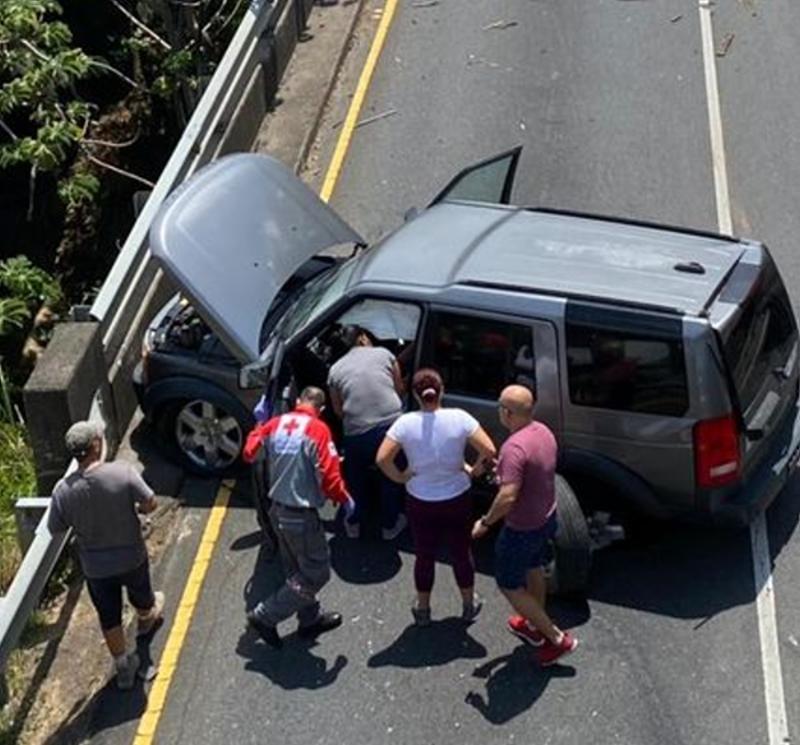 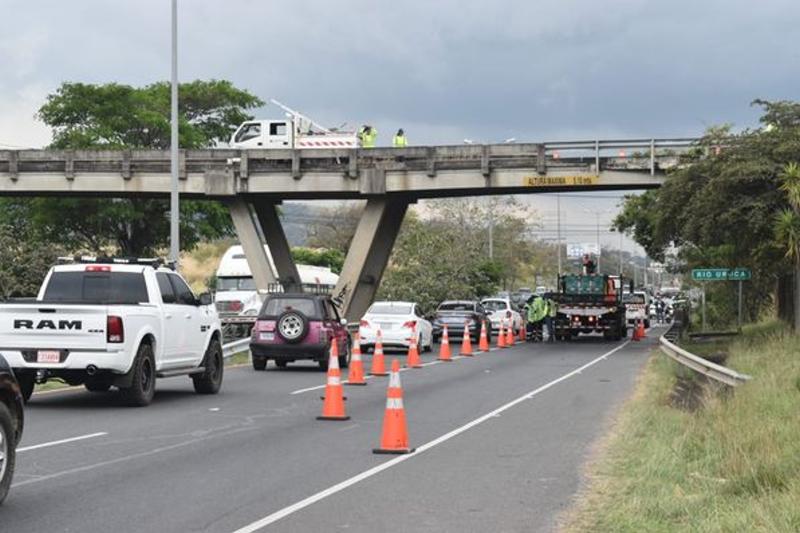 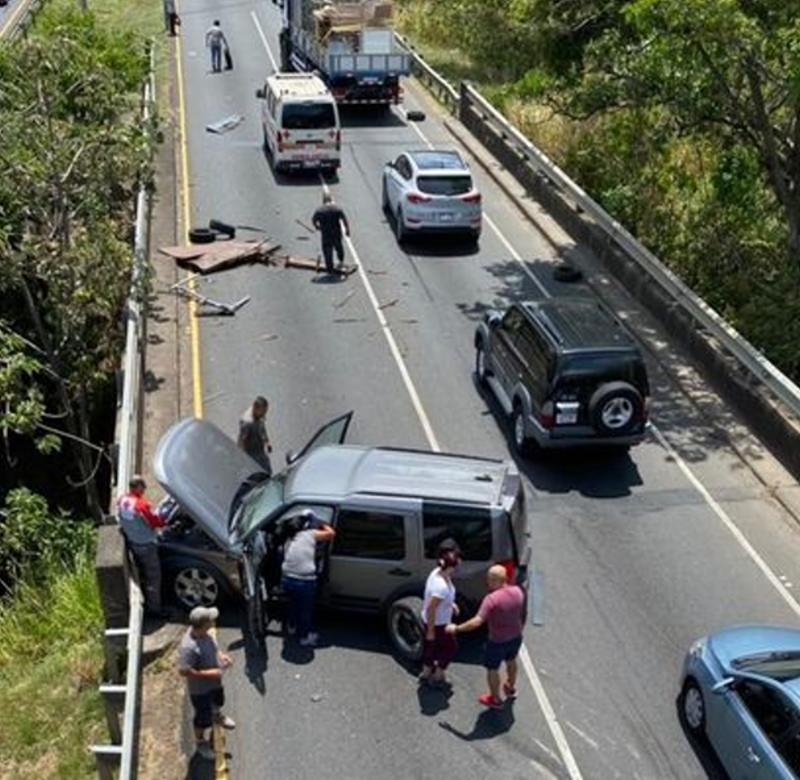 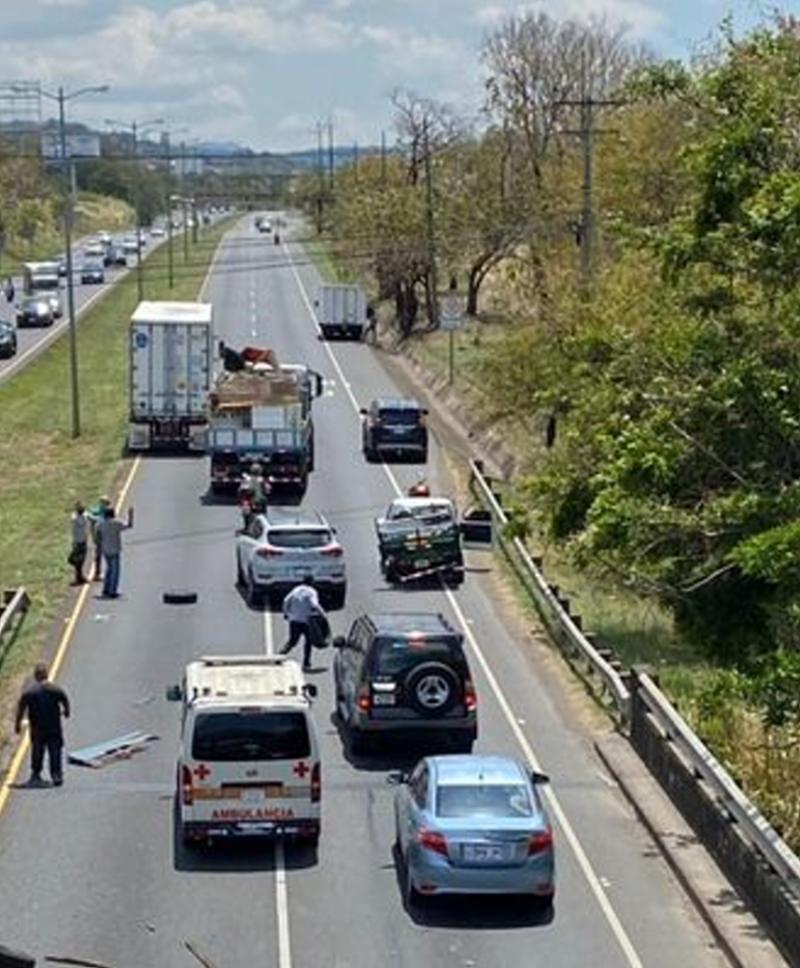 TODAY NICARAGUA – A large segment of the accusations...
Reports