Ruta 32 Once Again Closed Due To Heavy Rain 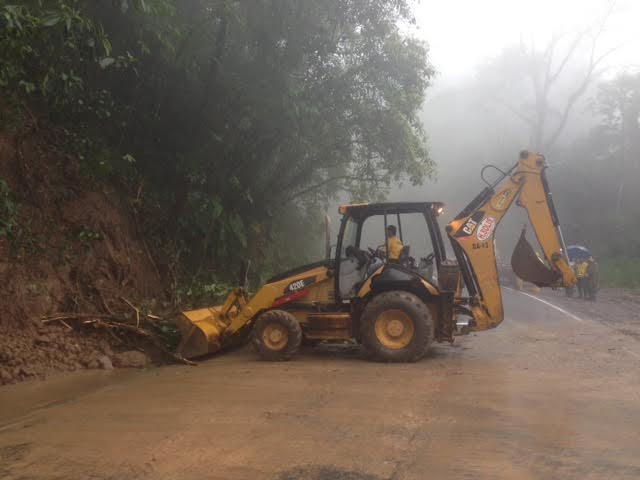 (QCOSTARICA) The heavy rain has once again caused the closure of the Ruta 32, between San Jose and Guapiles, causing landslides between kilometres 24 and 41.

This is the third complete closure in the last two weeks, the first occurring on June 20.

The ministerio de Obras Publicas y Transportes (MOPT) confirmed the closure shortly after 8:00am this morning.

The weather has also affected a number of other routes in Turrialba, the alternate route to Siquirres and Limon.

In the area of Vara Blanca, the alternate route to Sarapiqui by way of Heredia and in the area of Carrizal, Alajuela that leads to Vara Blanca, are also affected by the rain. MOPT says it has an inspection team in the area evaluating the situation, reporting at least one landslide.

Meanwhile, in the San Jose greater metropolitan area, the skies are overcast with the occasional shower. And in Guanacaste, livestock and crops are affected by the drought of the last several weeks.

The Q recommends checking the road conditions report by the Policia de Transito before setting out on any trip to the Carribean coast.

QCOSTARICA (Elfinancierocr.com) Costa Rica has a total of 338...
National

QCOSTARICA (Nacion.com) Four out of ten complaints of extortion...