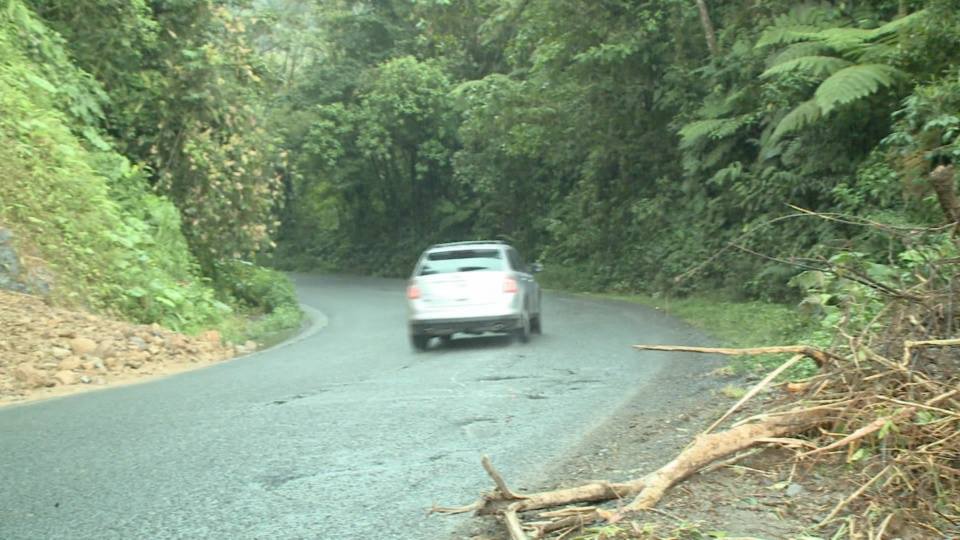 COSTA RICA NEWS – Once again the Ruta 32 was closed Wednewsday afternoon, preemptively due to forecast of heavy rain and possible more landslides.

At 5:00pm transport officials re-opened the road to allow the passage of some vehicles lined up, but closed again two hours lated.

This morning, at 6:00am, David Melendez, head of emergency at the Ministerio de Obras Publicas y Transportes (MOPT) said that an inspecion of the road was made and ruled out any falling material on the roadway.

On the San José side of the road, traffic lined for more than 2 kilometres, waiting for officials to re-open the road. Minutes after 6:00am traffic started moving again.

Melenedez said that the road could be closed again, depending on weather condition.