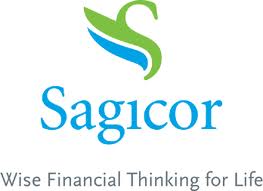 Insurance giant Sagicor Life Jamaica (SLJ) will initially invest US$6 million to enter the Costa Rican market, according to its financial report for the year ended December 2012.

Sagicor aims to grow revenues via its new venture in Central America. It received regulatory approval to operate an insurance company last month in Costa Rica but the company previously did not disclose the expected value of its investment there.

“At year end the company’s share of capital invested was US$6 million,” stated Sagicor in its just released financials. “Sagicor injected its 50 per cent share of capital in a joint venture company, Sagicor Costa Rica through its wholly-owned subsidiary Sagicor St Lucia.”

QCOSTARICA - During a last-minute press conference from Casa Presidencial, the Minister of Health, Daniel Salas, did not rule out increased measures to stem...
Redaqted

QCOSTARICA - The spike in cases of covid-19 in recent days set off the alarms and has the authorities analyzing the possibility of bringing...
National

QCOSTARICA - The bridge located on the Ruta 27 in the area of the Forum de Santa Ana continues to represent a danger to...
Health

QCOSTARICA - The San Vicente de Paúl Hospital in Heredia, enabled a vaccination program in the mobile unit installed outside of the medical center...
Breaking

QCOSTARICA - The contagion or "R" rate for this Monday in Costa Rica reached 1.45, according to the analysis carried out by the Universidad...
Caribbean Coast

QCOSTARICA - It's only the middle of April but it felt like September/October between Wednesday and Thursday, as the rains continued for more than...
Entertainment