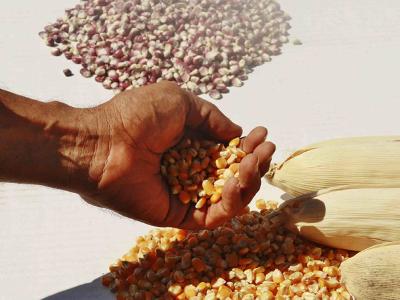 From the time of the Chorotegas until today, corn has been a mainstay in the Costa Rican diet, especially so in the Nicoya Peninsula, where local farmers have planted their own seeds for generations, personally identifying with their crops.

However, after the company DPL Semillas obtained permission on January 21 to plant 0.9 hectares of transgenic corn in the country, concerns have grown in various sectors of the population, once again raising the debate of the dietary safety of Genetically Modified Organisms (GMOs).

It should be mentioned that the history of GMOs in the country is not new since the first permits for planting crops with genetically altered characteristics were granted in the 90s.

According to the January 2013 edition of the magazine Germinar (Germinate) from the College of Agronomy Engineers of Costa Rica, “In Costa Rica since 1991 the National Technical Commission of Biosafety authorized tests to produce genetically modified seeds of corn and soy for export.”

These tests were also performed with cotton, banana, corn, pineapple and soy during 2007, 2008 and 2011. According to data from Germinar, in these years a total of 448,894 hectares of genetically modified organisms were planted

Currently in the country many think that the GMOs represent a threat to national dietary sovereignty since the introduction of these “different varieties” could replace farmers’ use of native corn in addition to modifying the genetic structure of native corn by means of pollination.

But Nevio Bonillo, specialist in genetic improvement from the National Institute of Agricultural Technology Transfer Innovation (INTA), assured that there is a lot of misinformation and ignorance about GMOs and that the effects of these organisms have even been “demonized.”

Bonilla explained that in the country farmers use improved varieties, hybrids and local varieties. “In improved varieties, the most utilized being diamante 8843, the farmers use their own varieties or hybrids, that is to say the combination of a father and a mother plant that are very different in themselves, which yield a child that has a higher yield and better performance with plagues or environmental conditions,” he assured.

This means that each farmer can produce their own seed, “crossing” the corn varieties they want to thus obtain higher yielding seeds. However Bonilla remembered that these hybrids are for personal use and not for commercial purposes.

Alonso Chacon, in charge of the National Seeds Office (ONS), explained that to grant the permit to plant seeds with commercial purposes, the producer should first have the approval of the State Phytosanitary Service. Then the National Biosafety Technical Commission is responsible for evaluation technical-scientific aspects and finally ONS supervises and follows up on the companies and their crops.

Chacon mentioned that currently ONS is gathering information about the existing local corn varieties that have been planted for years in the national territory.

The Risk of Cross-pollination
One of the strongest points made by those who are speaking out against transgenics is the risk of cross-pollination. This happens when the pollen from a transgenic plant is “passed” to a non-transgenic plant. Jorge Baltodano, agronomic engineer in charge of Finca La Ceiba of Nicoya, explained that each grain in corn on the cob is a fruit and when it is found in the flowering stage, it receives pollen in various ways such as by means of insects or the wind, among others.

“This process is called cross-pollination, so if a corn plant were near white, yellow and purple (pujagua) varieties of corn, the grains of each ear could be of these three colors combined,” he assured.

But both Chacon and Bonilla affirm that studies prove that the pollen can travel up to 500 meters from one field to another, and currently the permit being granted to the company DPL establishes a minimum distance of one kilometer between crops.

Bonilla added that “the transgenic is the same plant genus and species, with the difference that science has made it possible to determine certain physical features and characteristics that aren’t present in the common varieties. For example, some of these organisms have a gene that is resistant to drought that has been taken beforehand from another plant or animal and is transferred to the corn plant, which allows this gene to activate in the corn plant so that when it is facing drought problems, it can resist the climatic changes,” he commented.

Local Corn Remains the Favorite
In Nicoya, local producers think that the local corn is the best, for yield, ease of production and even for the sentiments acquired over the years.

“Since I started to work with my dad, I planted corn, beans and rice to eat at home,” Liborio “Goyito” Perez Madrigal, who lives in Matambuguito de Nicoya, proudly commented.

He believes that the local corn yields more than others and assured that the arrival of transgenic corn as part of the GMOs is a threat to the tradition of the farmers of the Nicoya Peninsula.
Jose Luis Zuñiga, a resident of Santa Ana of Nicoya, is another local farmer who has lived most of his life among corn fields. He longs for the arrival of the first rains of April or May to start planting his corn, grains that his family will later turn into tasty tortillas, rosquillas, tanelas and chorreadas, among other treats.

For his part, Luis Felipe Arauz Cavallini, dean of the faculty of agro-dietary sciences at the University of Costa Rica who is mentioned in Germinar magazine, said that “corn is a crop native to Costa Rica, which boasts a wealth of biodiversity that could be altered by contamination from patented genes.”

Arauz emphasized that “there is a lot of interest from small farmers to rescue local corn and give this local character an added value linked to cultural values.”

With so much local affection for corn, Baltodano assured that the Nicoyan rural community will never change their local seed, with which they have “even been feeding the chickens.”