Constitutional Court says preventive detention during the appeal period for convicted Recope worker, who caused 'aggravated damage" to the refinery's LPG gas storage during the national strike, is justified 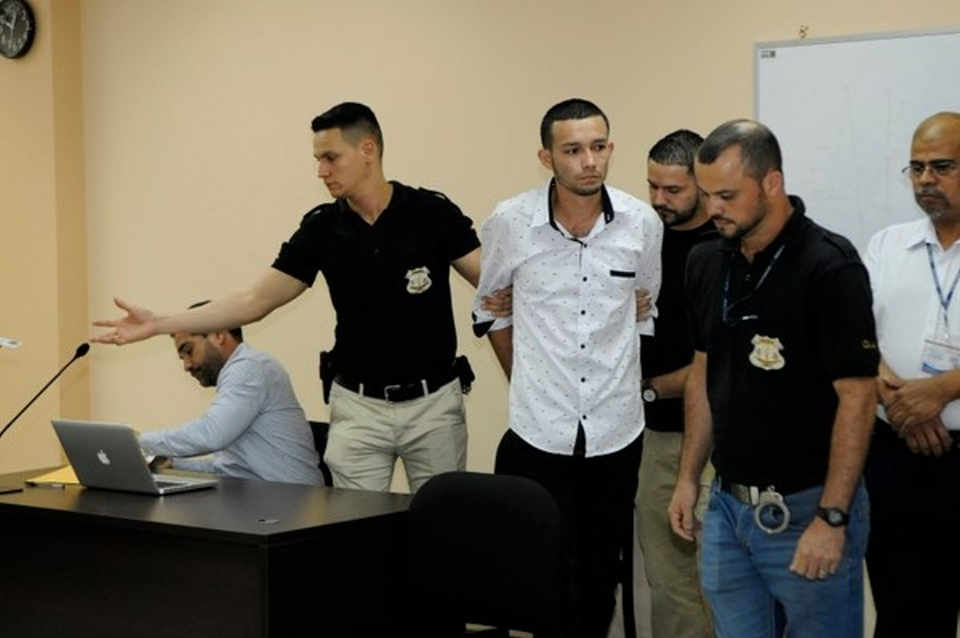 The Constitutional Court or Sala IV as it is also known considered it justified that six months of preventive detention ordered against a Recope worker, sentenced to two years in prison for causing damage to the plant in Moín, Limón.

The magistrates rejected a writ of habeas corpus filed by Henry Loaiza Méndez, defense lawyer for Carlos Andrés Pérez Sánchez, in which he considers that the preventive detention against his client was against his fundamental rights.

What the decision of the Sala IV does is to confirm that Pérez, an employee of Refinadora Costarricense de Petróleo (RECOPE), will continue to be jail while the sentence imposed on him on November 27 has exhausted the appeals process and becomes final.

Pérez, 27, was accused that on September 11, during the national strike against the tax plan, he entered the Recope plant in Moín and damaged the control system of a sphere that stored liquefied gas (LPG).

During trial, Recope’s attorney, José Ramón Morales told the judges of the Tribunal de Flagrancias de Limón the actions by Pérez was while gas was being discharged from two ships to fill the Recope reserves. A spark would have caused an explosion equivalent to a “small nuclear bomb,”, the lawyer said during the trial.

On November 27, 2018, the Limon court found Pérez guilty of “aggravated damages” against a gas storage plant located in the Moín and sentenced him to two years in prison. In addition, Pérez was barred for 10 years to work in the public sector.

In reading the guilty plea, the judge said “The just penalty is two years, neither the minimum six months nor the maximum four years. Because that penalty takes into account that is a young person, and his first conviction, but it did cause significant damage (…).”

- Advertisement -
Paying the bills
Previous articleTelecable to bring Wi-Fi to 170 sites in Costa Rica
Next articleTICO BULL: Playing Chicken With The Train!