Salma Hayek Calls for Male Stars to Get Pay Cut

The issue of equality has been a running theme throughout the film festival which is the first to take place since sexual harassment allegations against some major Hollywood players surfaced last year.

Mexican-American actress Salma Hayek, a vocal campaigner against sexual harassment in the movie industry, said on Sunday male stars should get less pay as way to even things up with chronically underpaid women. 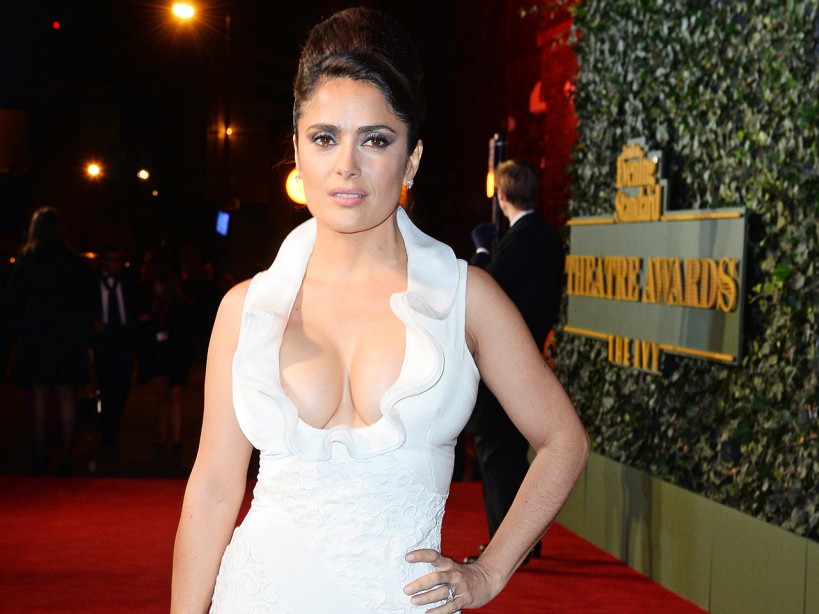 A day after joining dozens of other female movie makers, including Jane Fonda and Cate Blanchett, at a demonstration at the Cannes Film Festival in support of the struggle for women’s rights, Hayek told a conference:

“The actors have to say: ‘OK, time’s up. I had a good run but now it’s also time to be generous with the actresses in the films.’ We all have to be part of the adjustment. That’s one idea. I’m going to be hated for it. I hope I can get a job after this!”

The 2017 Global Gender gap report by the World Economic Forum found “an average gap of 32.0 percent remains to be closed worldwide across the four Index dimensions in order to achieve universal gender parity.”

Additionally, when the report examined several regions, Western Europe recorded a gender gap of 25 percent, while North America had a gap of 28 percent, Eastern Europe, and Central Asia with a gap of 29 percent with Latin America and the Caribbean recording a gap of  29.8 percent. Meanwhile, South Asia recorded a gap of 34 percent, while the Middle East and North Africa region recorded a gender gap of slightly less than 40 percent. The U.N. Women also decried the gender pay gap the “biggest robbery in history.”

The Cannes Film Festival runs from May 8 to May 19.

Frida Sofía has launched accusations against her family, especially against her...
Read more

One surprising star of the coronavirus pandemic response has been the molecule called mRNA. It’s the key ingredient in the Pfizer and Moderna COVID-19...
Health

QCOSTARICA - During a last-minute press conference from Casa Presidencial, the Minister of Health, Daniel Salas, did not rule out increased measures to stem...
Health

QCOSTARICA - The relaxed restrictions of the month and in combination with Semana Santa has resulted in an increase in cases, almost double that...
National

QCOSTARICA - It is totally false that the Government has changed the sanitary measures, as claimed by disinformation messages circulating on social networks and...
Redaqted

QCOSTARICA - Following is a translation of the editorial in La Nacion Friday following the report that the last 3 kilometers of the expansion...
News

TODAY NICARAGUA – The Nicaraguan Legislative Assembly, controlled by the ruling party, is preparing to renew the electoral tribunal, amid requests from civil society...