Bukele, who was dedicated to advertising before becoming president, ends his five-year term in 2024. 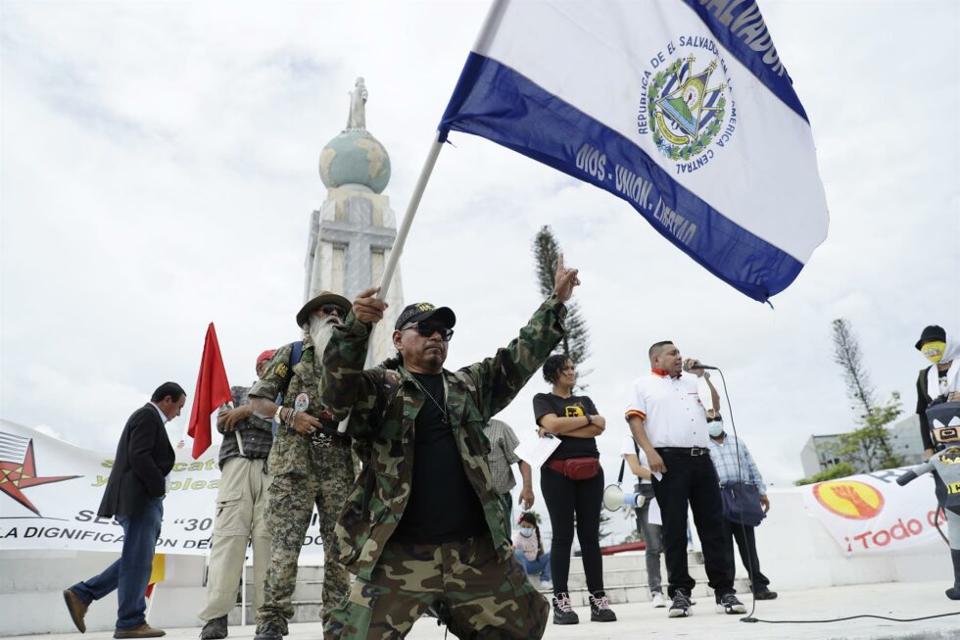 Q24N (EFE) About a hundred Salvadorans protested this Wednesday in rejection of President Nayib Bukele’s management, in the framework of his third year as head of the Executive, and the possibility of re-election, although the president has not expressed, for the moment, his interest in looking for it.

Bukele, 40, who assumed the presidency in June 2019 under the banner of the right-wing Gran Alianza por la Unidad Nacional (GANA) – Great Alliance for National Unity, celebrates three years of governing El Salvador this Wednesday amid criticism, but with high levels of approval by of the population.

It is still unknown if the president will opt for presidential re-election, a door that the magistrates of the Constitutional Chamber of the Supreme Court of Justice (CSJ), appointed by his allies in Congress in a disputed process, opened for him in September 2021.

In this context, members of trade unions and civil society organizations gathered in Plaza Las Américas, known as Plaza Salvador de Mundo in San Salvador, to express their rejection of some of the decisions made by the Salvadoran president.

“We do not want re-election”, “we do not want Bukele in the Presidency for another day”, “not one more day for the Bukele dictatorship”, were part of the messages expressed by the participants.

Banners also read: “Three years of authoritarianism and corruption”, “Bukele thief” and “out with the dictatorship”.

Sonia Urrutia, representative of the Popular Resistance and Rebellion Bloc, told journalists that “the slogan for organized workers” is that “the Constitution of the Republic be respected” because “we don’t want this president to stay even one more day in office.” power after the end of his term.

Bukele, who was dedicated to advertising before becoming president, ends his five-year term in 2024.

“As social organizations we strongly reject all the maneuvers that this government has made,” said the activist.

For Stanley Quinteros, secretary general of the union of the Supreme Court of Justice, during the Bukele government “there have been serious setbacks in terms of justice, security and human rights.”

He told the press that “the Bukele era is the most disastrous for El Salvador” and pointed out that “Bukele has promoted actions to leave the country in misery, exacerbate poverty, allow corruption and to continue favoring minorities.”

Currently, the government of President Bukele is carrying out a “war” against the gangs, accused of committing the majority of homicides that are registered in the Central American country.

The gangs, a phenomenon considered as a legacy of the civil war in the country (1980-1992) and which grew stronger with the deportation of gang members from the United States, have more than 70,000 members and have resisted the security plans implemented in recent years. four administrations.

The president has been strongly criticized by the international community and human rights organizations for some controversial decisions and actions, such as support for the dismissal of constitutional judges and promoting the adoption of bitcoin as legal tender.

- Advertisement -
Paying the bills
Previous articleHernández, Trump, Bolsonaro and Bukele, or how to capitalize on political fatigue
Next articleSustainable constructions gain ground due to the increase in the population in the GAM