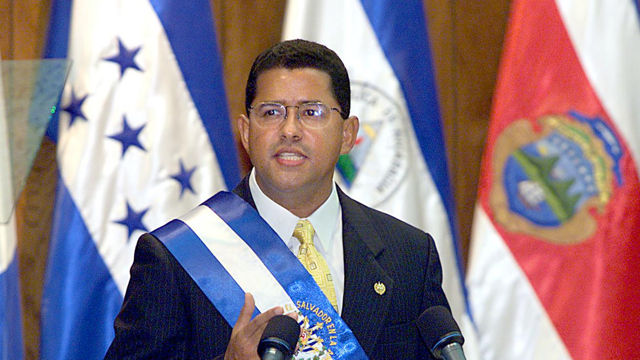 CENTRAL AMERICA – Salvadorian social organizations are demanding that former President Francisco Flores (1999-2004) faces trial and a sentence and that his case does not remain unpunished.

In front of the house of the ex-president, dozens of people carry signs and shout slogans for the trial against him for embezzlement, illegal enrichment and disobedience to private businesspeople is carried out to its logical conclusion, and for him to be also accused of money laundering.

Flores, who remains at his residence under house arrest, after a questioned decision by Judge Levis Italmir Orellana, now suspended from the case, is supposed to have appropriated $15.3 million USD from an aid sent by Taiwan to help the victims of the earthquakes in 2001.

Fourteen years after those earthquakes, recorded on January 13 and February 13, 2014, causing the death of 1,259 people and thousands of victims and economic damage for about $1.7 billion USD, Flores is still without undergoing due trial, the demonstrators asserted.