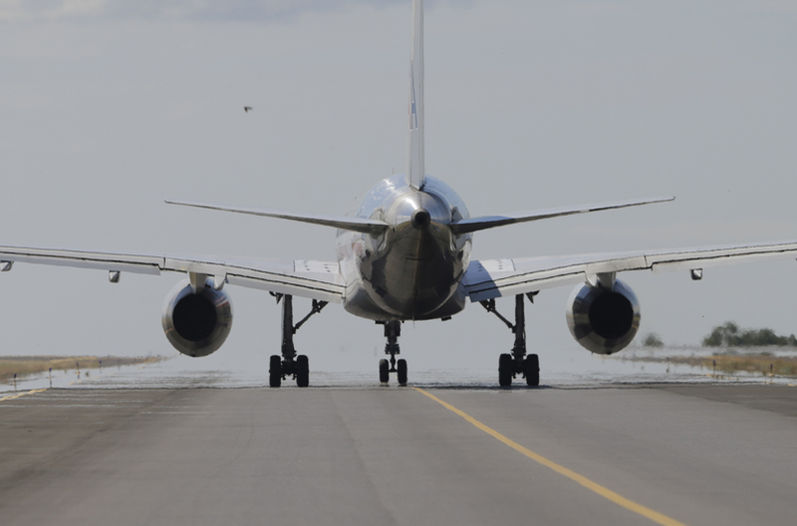 QCOSTARICA – The number of birds such as vultures (zopilotes in Spanish) and blackbirds (Zanates) flying in the area around the Juan Santamaria (SJO) – San José international airport, representing a major risk to air travel safety, forced authorities to install an aviation bird repellent system.

Bursting fireworks, using sonic artifacts that emulate the sound of the birds of prey and laser guns are part of the arsenal the airport terminal managers are using keep birds way from the airplanes taking off and landing.

Besides the buzzards and blackbirds, swallows and yellow-breasted are some of the species that most created a hazard at the airport.

A bird strike, depending on their size, can cause damage to portions of the turbine, and an accident.

Last month, an Avianca aircraft had to abort its flight minutes after take off at the Juan Santamaria when a turbine shut off caused by a bird strike.

Most accidents occur when the bird hits the windscreen or flies into the engines.

Jet engine ingestion is extremely serious due to the rotation speed of the engine fan and engine design. As the bird strikes a fan blade, that blade can be displaced into another blade and so forth, causing a cascading failure. Jet engines are particularly vulnerable during the takeoff phase when the engine is turning at a very high speed and the plane is at a low altitude where birds are more commonly found.

San José airport terminal data indicates some 100 animal impacts were recorded between 2002 and 2013.

This year, between January and May, 13 incidents have been reported, including the April 15 incident involving an Iberia A340, the largest aircraft with regular arrivals in the country.

Alvaro Vargas, director of Civil Aviation (Aviacion Civil), explained that a team is hard at work at the terminal, monitoring every inch of the runway. The director added that the problem is not only on the runway, but also in other parts of the terminal, affecting sensitive equipment.

Cesar Tello, Manager of Operations and Airport Security by Aeris (the airport manager), explained that daily inspections take place around the runway. “The work is so detailed that it even includes cleaning puddles on the runway or in the grass after rain to prevent the arrival of birds,” said Tello.

Tello said that one of the measures that is being analyzed by Aeris is to have a trained Peregrine falcon. This kind of bird is feared by the rest of birds.

In Toronto (Canada), falcons, hawks and one nasty bald eagle named Ivan, work at Pearson International Airport (YYZ), from one hour before sunrise until one hour after sunset. Falcons knock their prey out of the air, whereas hawks are low-flying birds and wrestle their prey on the ground.

Other allies in the fight against the birds at the Juan Santamaria are the air traffic controllers who have a better view from the control tower.

Eugenio Coto, chief of the control tower at the Santamaria said that they are in constant communication with the terminal to warn of any bird or animal that is very close to the runway or the path of airplanes.

“This is nothing new here at the Santamaría, most problematic are the vultures, mainly in the southwest sector of the runway,” said Coto.