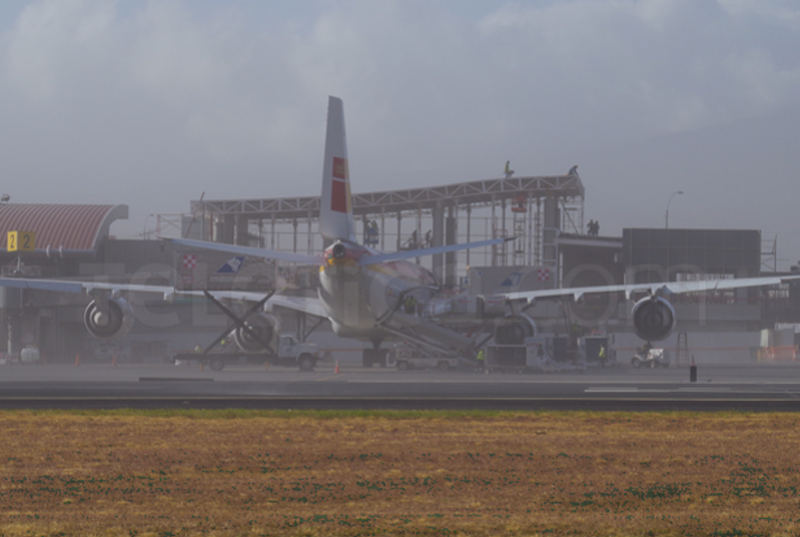 Despite the opening a number of flights arrivals have been cancelled or their arrival delayed. In turn, flights that normally arrival and depart have been cancelled as well. For updated flight information at the Juan Santamaria (SJO) visit the website fly2sanjose.com.

At the airport hundreds of passengers camped out in the airport waiting on the resumption of flights.

According to official information from the National Commission for Risk Prevention and Emergency Response (Comisión Nacional de Prevención de Riesgos y Atención de Emergencias – CNE) has declared a “yellow alert” for the high volume ash scattered around the Central Valley due to heavy wind conditions in recent days.

President Luis Guillermo Solís, speaking to the press from the CNE offices said there is no need to declare a national emergency, but, that could change if conditions change.

The CNE declared yellow alert for prevention, specifically in the cantons of Turrialba and Alvarado and access restrictions Turrialba Volcano National Park.

Despite the alerts there have been no reports of suspension of activities near the colossus and other areas across the country.

The Volcanological and Seismological Observatory of the National University (Observatorio Vulcanológico y Sismológico de la Universidad Nacional – OVSICORI) is permanently monitoring the volcano and mapping ashfall in the country.