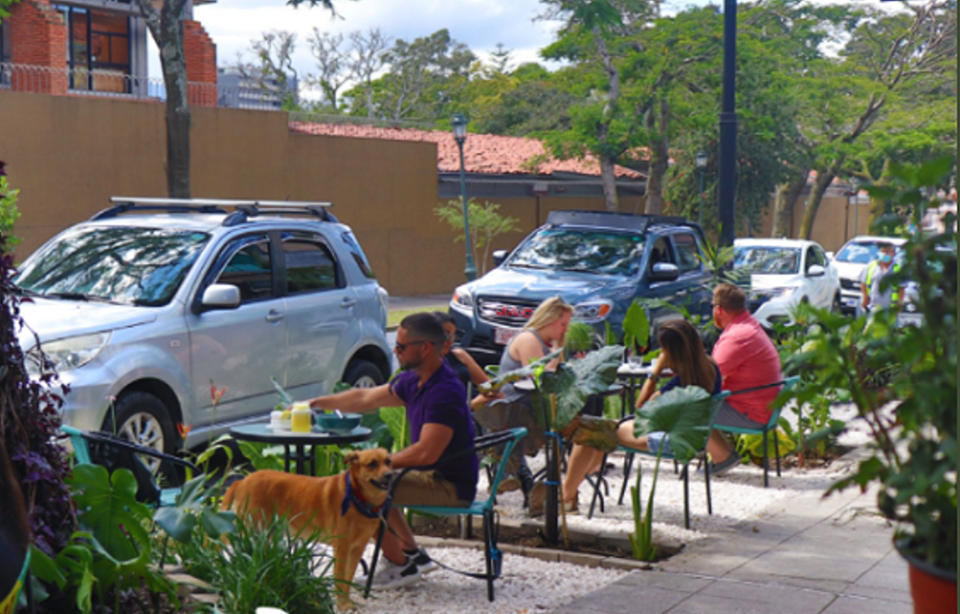 QCOSTARICA – The Municipal Police of San José ordered the removal of the three outdoor tables and six chairs of the Otoya Cafeteria located northeast of the capital.

The police action on Friday night was called disproportionate by the owners given 20 officers took part in order to remove the tables and the people who occupied them, and requesting all permits and, in addition, to inspect “everything they could.”

One of the cafeteria owners, Dariel Fallas, spoke with AmeliaRueda.com and stated that what happened is not part of a constructive attitude and that it is necessary for the authorities to work hand in hand with businesses to improve public spaces and allow a healthy use of them.

Fallas explained that in May they also received a visit from municipal officials who asked them to remove the outdoor tables and chairs and told them that they had to apply for a permit, which they began to process(six months ago) and of which they still have not received any response from the city council despite the many calls, meetings and visits that have been made.

“The limitations from the municipal road are very great and that is where we have run into the difficulties at the level of permits to, really, be able to legally have the seats and tables that are temporary, that do not obstruct the passage, part of the sidewalk where there are no bus stops, respects the 1.20 meters and does not cause any harm to passers-by, or customers.

“In general terms, people agree that they can take advantage of the space in that way, it is a beautiful space, it is a space that people have been able to take advantage of. On another occasion, a couple of officers arrived who told us that for the moment everything is fine, however, we still do not have any written document that supports us so that when some other officer of the Municipal Police passes, if we can tell them that we are in law with this matter,” declared Fallas. 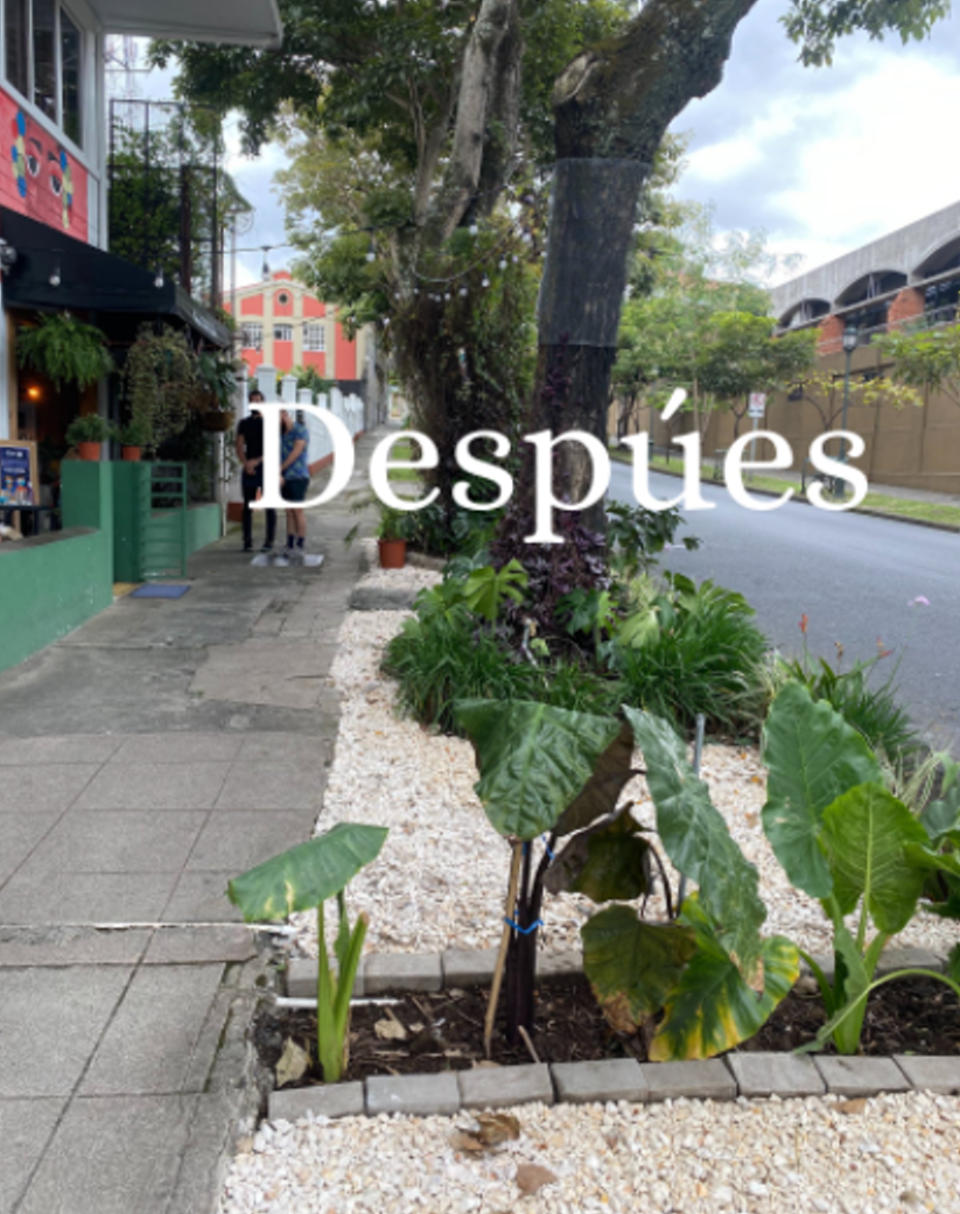 The owner of the cafeteria commented that the place was opened three years ago in order to give back to the capital a beautiful space that was previously abandoned.

The owners’ commitment was to recover the property, turn it into an open space and a pleasure for all people and, for that reason, vines and various types of plants have been planted, even the concrete was removed from the exterior space to restore the green zone, which “people have loved.”

“First due to pandemic issues, because it is fully open and few places allow you to take advantage of the outdoor option of having a coffee or eating a pastry, even tourists pass by and take advantage of and take photos in the green area because it is a very beautiful block, of the few beautiful blocks that remain in the center of San José,” said the merchant who asks the authorities to work together, look for opportunities for improvement and avoid operations where they treat the owners of premises as if they were “dangerous”.

The initiative called the “Ley de Comercio al Aire Libre” (Open Air Trade Law) aims to encourage the “use of public space” and would allow the municipalities to grant authorization to patent owners so that they can use sites such as parks, squares, outdoor spaces, among others.

The bill that would allow the use of public spaces by commercial premises indicates that interested owners will have to process an additional permit and, in addition, make a quarterly payment (also additional), which Fallas welcomes and hopes that can be streamlined.

For his part, the head of the San José Municipal Police, Marcelo Solano, indicated that the Friday night operation was a joint intervention with the Fuerza Publica (National Police) and ensures that in a specific case what is made was a notification where the administrator is “urged to regularize his situation” so that he obtains the permission he requires.

Solano said that it was a “routine” intervention and that the respective permits must be managed and approved by the San José Municipal Council. He added that in the case of the Café Otoya, no closure or seizure was applied.

In addition, on social networks the police chief stated: “How nice that our cities can be filled with outdoor cafes and restaurants. How beautiful, but complying with the provisions and in order,” Solano wrote when indicating that to obtain permission a law is not required and that despite the fact that “the sidewalks are not an extension of the property”, it is correct to indicate that the municipalities can authorize their commercial use.

Solano defended the polica action, saying that “the approach was respectful” and he indicated that after talking with municipal authorities about the paperwork that this business has carried out for months, it is expected that the permission for the use of outer space “will be granted soon”.

- Advertisement -
Paying the bills
Previous articleVoluntary use of QR Code goes in effect on December 1
Next articleStaking Rewards: Earn Passive Income with Crypto