San José – San Ramón Expansion Will Be Only For 2 Kms 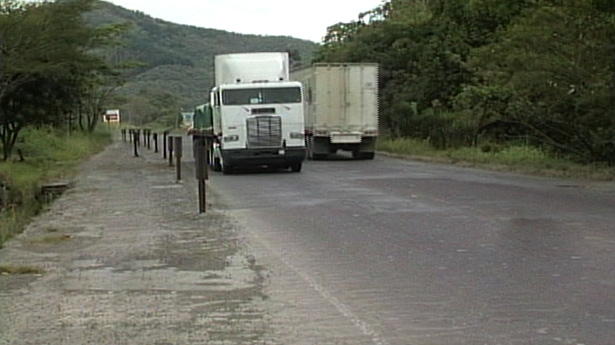 The Consejo Nacional de Concesiones (CNC) – National Tender Board – confirms that the expansion of the San José – San Ramón road, will be only of two kilometres.

Before meeting with representatives of the communities opposed to the road, Edwin Rodríguez, secretary of the CNC, ackowledged that the expansion will only be between the La Sabana park and Pablo II bridge, where the autopista General Cañas will go from two lanes to four in each direction.

“We are focuing on safety, that includes some 22 pedestrian overpasses and 40 bus bays”, explained Rodríguez.

A group of community leaders met with Rodríguez on Thursday to obtain drawings and explanations of the contract award to the Brazilian company, OAS, that will maintain the road under a 30 year concession contract.

Under the concession, the 58 kilometres from La Sabana and San Ramón will become a toll road that will cost some ¢2.000 colones in each direction.

Opponents to the concession insist that there will not be any significant expansion and charging tolls is abusive.