Banco Central Spends US$185 Million To Shore Up Dollar Exchange 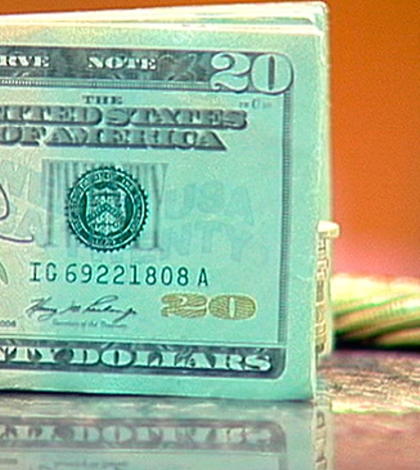 The Banco Central  de Costa Rica (Central Bank) this month has doled out US$185 million dollars to shore up the dollar exchange. The objective of the Central Bank’s intervention is to not allow the dollar to drop below ¢500 colones.

To avoid a drop the Central Bank says it has had to buy up a lot of the dollars that have flooded the economy this past month.

The amount the Central Bank has spent in the first 20 days of this month is 13 times the amount the month earlier, according to the ElFinanciero.cr.

Experts believe that the Central Bank’s intervention policy will maintain the exchange rate to very similar levels as last year.

The Costa Rica exchange rate varies daily; it could go up or down a few colones or cents every day.

Financial experts say solutions being employed as a remedy for the distortions caused by the flood of speculative capital in the Costa Rican economy, have a common factor: they fix one end of the problem and exacerbate another. Many believe Costa Rica’s economy should be dollarized.

The Chamber of Exporters of Costa Rica (CADEXO) has detailed the losses by the sector caused by the significant appreciation of the colon in the last three years.

As explained by CADEXCO, producers of meat, sugar and coffee suffered more than ¢70,000 million colones in losses, while for the banana industry is it calculated at US$0.80 per box exported.

In the pineapple sector, meanwhile, the calculation is of a direct impact of more than 15%, mainly due to higher exchange rate via payroll taxes, wages and electricity, among other things.

According to an article in Crhoy.com the real exchange rate in Costa Rica has depreciated by over 30% in a short period, removing a significant margin of profit for exporters.

- Advertisement -
Paying the bills
Previous articleSan José – San Ramón Expansion Will Be Only For 2 Kms
Next article“Aguacero de los Cafetaleros” Caught Most By Surprise!