Santa Ana demonstrate in front of Carlos Alvarado’s house; President comes out and talks with them 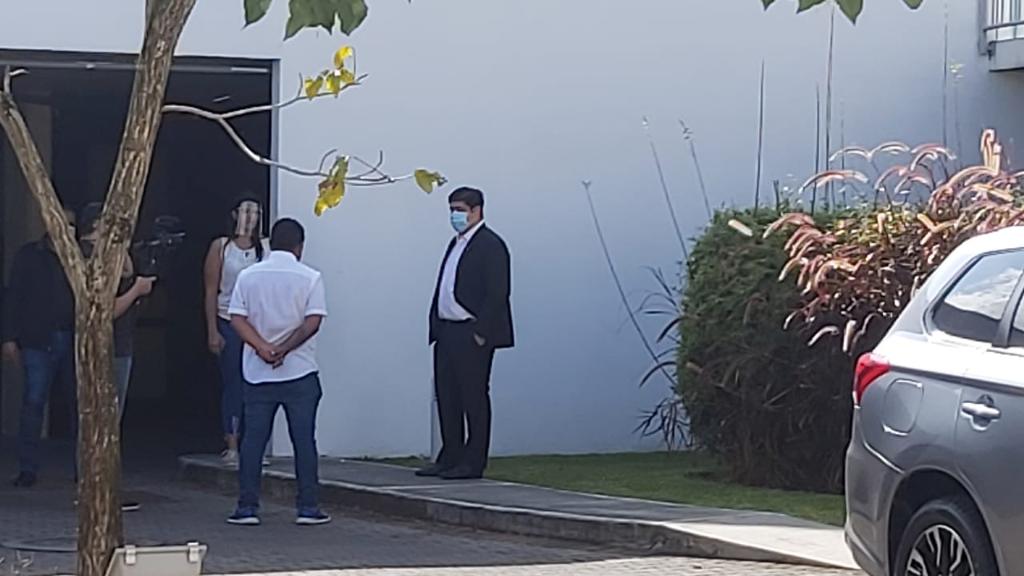 (QCOSTARICA) President Carlos Alvarado was greeted Tuesday morning by a group of local merchants who had gathered outside his home in Santa Ana, the government’s action to keep their businesses closed.

The small group, with various banners and masks or face shields, came to ask the president to allow businesses to open to revive the economy.

They brought a document in which they agree to comply with a strict protocol to avoid COVID-19 infections and request that the amount they pay for permits or other payments they must make be temporarily reduced.

They argued that in recent months they have had to fire workers and, furthermore, they have not been able to pay off various debts due to the closing of the businesses.

“All the merchants in Santa Ana are gathered here (outside Alvarado’s house) for the same cause, which is the opening of shops and the support of the government (…).

“We do not see the light, every day there are more closings, more accumulated charges, more layoffs, we ask for help and if we have to invest in stricter protocols we do it,” explained one of the businesswomen who attended the demonstration.

Carlos Alvarado, before heading to Casa Presidencial in Zapote, did speak for several minutes with the group’s representatives. In addition, he also accepted the documents they had for him.

The movement was peaceful and those present kept their social distance. They also used safety face coverings and carried alcohol gel.

Currently, in the cantons that remain on an orange alert, which includes Santa Ana, only businesses deemed essential services and home delivery, that is, without people entering the shops, can operate.

This measure has been applied since July 18 in several cantons of the Greater Metropolitan Area (GAM) and will be in force, at least, until the end of the month.

This Monday there were also demonstrations in Upala and Pococí, by citizens asking for the reopening of their businesses. In addition, representatives of gyms, barbershops and beauty salons made a peaceful protest in front of the Casa Presidencial, carrying the same message.

- Advertisement -
Paying the bills
Previous articleCOVID-19 in Costa Rica: 277 new cases Tuesday; government calls for dialogue and calm to sectors that demand reactivation
Next articleSan Jose Airport ready to receive tourists from the US, Canada and Europe

QCOSTARICA - For today, Monday, September 13, despite being...
Health