Santa Ana Municipal Workers Back On The Job Today 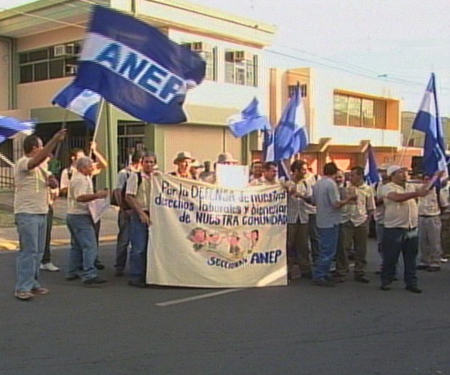 Employees of Santa Ana on Thursday lifted the work stoppage, agreeing to return to work following a municipal council meeting Thursday that voted on a special commission to analyze if an annuities increase is viable.

Workers say they will give the municipality one month, with a commitment to be back on the picket line if no action is taken.

The work stoppage began on Tuesday when the municipal council flat out refused to approve an annuities increase to its 211 employees.

Besides picketing outside the municipal offices in downtown Santa Ana, groups of disgruntled employees took to the streets of the small city and even blocking traffick on the Ruta 27, near the Santa Ana exit.

QCOSTARICA - Dr. Mario Urcuyo, an expert in the...
Rico's Digest