While the Saprissa men's soccer team travel by air to tournaments, the women's team have to endure the bus 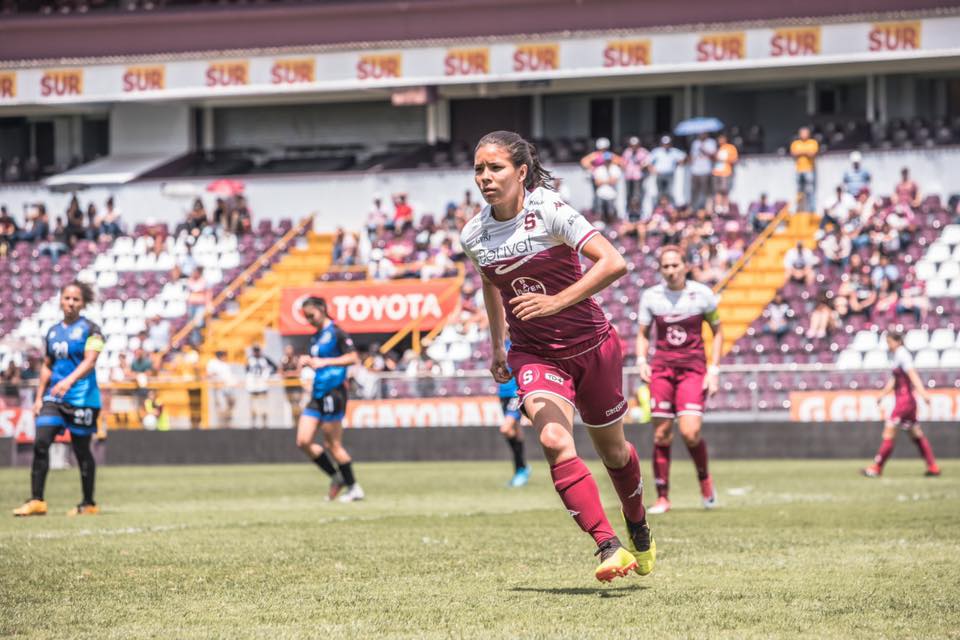 Though the coach of the Saprissa’s women soccer (Fútbol Femenino) team is playing down the situation, it has to hurt, for when the men’s team travels they do so by air, while the women’s team will be traveling to the Torneo Interclubes Uncaf next, being in Nicaragua, by bus.

To be ready to compete on Tuesday, September 17, the team will leave the Centro de Entrenamiento Saprissa, in Belén, Sunday morning at 5 am and if there are no hiccups along the way, be at their destination in Nicaragua in less than 7 hours. Unlikely, but that is the plan.

Robles explained that the six hours is about the same time if the team would fly, taking into account transport to and from the airports in San Jose and Managua, the advance arrival at the airport, check-ins and so on.

“All consideration was made. We will travel for six and a half hours, making three stops, on a luxury bus and the logistics (immigration, etc) ready. We arrive on the same day and go to the pool at once to recover, then on Monday we have a free day to unwind and ready on Tuesday night to compete,” she explained.

Doubt they had any choice.

Air travel is expensive. And given the socio-political situation in Nicaragua, airfares have become expensive. Always was, but since April 2018 even more.

Pushed on the ‘economic’ factor, Robles did finally admit, “In the end, it is an economic issue, because it is six times more expensive to travel by plane.

“It would have been an ideal to go by plane, but it is similar, the trip lasts almost the same six hours that is by bus because you have to be at the airport three hours before, plus one (hour) of travel, another (hour) for immigration … On the other hand by land we can control issues such as food,” she said.

Taking everything into account, including the 15 minutes it takes from Belen to the airport, the one hour arrival at the airport prior to travel, being a Sunday, 45-minute flight, ground travel, the total trip by plane, end to end, should take not more than 2.5 hours.

Yes, flying is expensive. If this had been the men’s team, they sure would not be sitting their derrieres six-plus hours on a bus, no matter how luxurious the bus is.

Robles stressed that she is aware of the level they face and knows that physical recovery (the time in the pool and day off on Monday) will be vital to competing and winning the championship.

And besides the harshness of the travel to and from the Uncaf competition, the women’s team has been working hard in the last several months, facing competitions like the Pan American Games and a tour of South America. Fortunately for them, there is no bus connection from Costa Rica South America.

Finally admitting that the bus thing is unfair, though not in those words, Robles said, “I am worried about the return because we come on the 23rd, we have a game on the 25th … well, we will handle the issue of recovery there (in Nicaragua) hoping to reach the final, that’s why I’ve rotated (players) so much. In that tournament, we will have many games in six days.”

QCOSTARICA - The government announced this Friday afternoon that...
Coronavirus