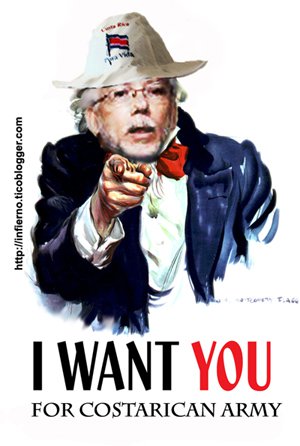 From QMentiras – The Sandinista intelligence in Nicaragua has discovered the true intentions of Costa Rica’s government: militarize the country by resurrecting its army abolished in 1948!

The CIA and KGB are a joke compare to the Nicaragua’s intelligence service.

Of course, Cost Rica’s government has denied any such plans and calls the poster dug up by the Sandinistas as “photoshopped”.

But, on the other side of the coin, the Costa Rica is well stocked in Bailey bridges, developed by the British during World War II for military use and saw extensive use by both British and the American military engineering units. And, they were the winning side of the war!

Nicaragua and Costa Rica have been locked into a battle in the last couple of years, over the Isla Calero /  Harbour Head (depends on which side of the border you sit), a swampland that leads to the Caribbean Sea.

TODAY NICARAGUA – “The Nicaraguan delegation has been able...
Health