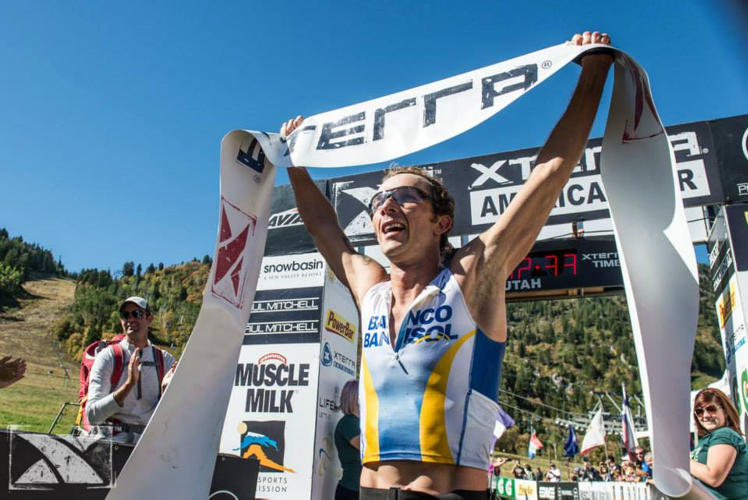 Leonardo Chacon racked up a big international win for himself and for Costa Rica Saturday morning when he was crowned hampion in the XTERRA USA Championship Triathlon held on September 21, 2013 in Ogden/Snowbasin, Utah.

Leonardo Chacon took the overall title in his first appearance at the XTERRA USA Championship, the off-road triathlon consisted of a 1,500-meter swim, a 28-kilometer bike and a 9.8-kilometer trail run.

Although it is called the XTERRA USA Championship, the pro start list featured an international cast of stars.

Chacon, who participated in the 2012 Olympics and is considered a triathlon legend in Costa Rica, had a time of 2 hours, 32 minutes, 31 seconds – including the fastest run split at 39:57, a little over a minute behind the number two competitor in the world, Josiah Middaugh, with 2:33:25 and Rueben Rufaza of Spain with an equal record and just the third XTERRA race of his career.

To make up for his relative lack of off-road experience, Chacon said he trained in the mountains of Costa Rica. In particular, he found a trail that matched the elevation levels of Snowbasin (start at 4,900 feet above sea level, and reaching a peak of 7,300 feet).

“I’ve been training for this many months, like five to six months, improving my techniques,” said Chacon, 29. “Now I’m very happy I can be with these fast guys up there.”

Chacon said his first XTERRA experience in Hawaii last year sparked his desire to improve on that fourth-place showing.

“When I did XTERRA last year in Maui, I started thinking about improving my technique and see if I can be with these guys,” he said.