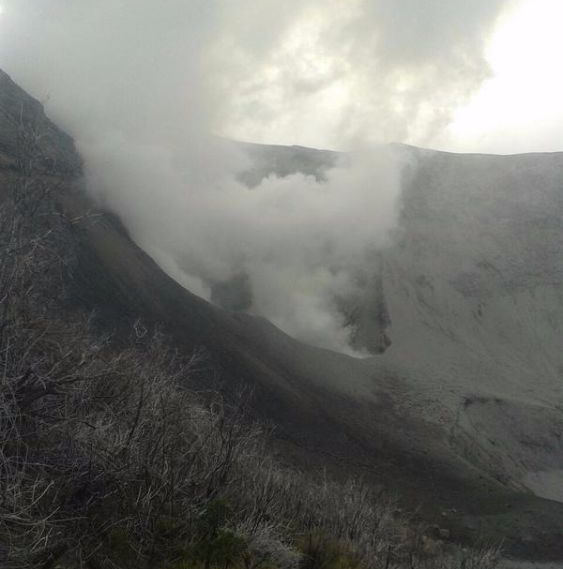 QCOSTARICA – Following days of ash fall and weeks of activity, on Saturday the Turrialba volcano did not emit any ash.

Lepolto Linkimer, geologist at the National Seismological Network (Red Sismológica Nacional – RSN), say there was no falling ash to report, but the colossus continued with its degassing.

Several geologists of the RSN are keeping a close eye on the volcano, working close to the colossus. They explain that gases emanated from the crater is white, and grey if ash is present.

The last eruption was on Thursday afternoon(April 23), when the volcano emitted gas and ash in an eruption lasting for some 20 minutes. The ash was carried by the winds in a westerly direction, reaching the San Jose international airport, causing airport operations to shut down temporarily for 10 hours.

Intense activity at the Turrialba began last October. While there have been numerous eruptions since, the most significant was last March 12.