By the hour, news from Washington is that the U.S. Government is about to jump off a “Fiscal Cliff” and be in the same state of morbid economics as Zimbabwe, or perhaps make an extended political compromise which is sort of like agreeing to agree and finally the most unlikely scenario of all: settle up the difference. 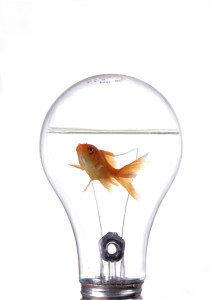 Between meaty as well as heady tax issues, the great minds of Washington are figuring how to get more revenue from fewer people without putting them to work, cutting entitlements and reducing the government budget.

Qinnovation has an idea how to save tons of money on entitlements. Exactly what (R) Sen. Orrin Hatch of Utah has been asking for.

Okay, we can’t solve everything but if billions of dollars are being spent on Medicare and Medicaid not to mention the persistent overbillings and fraud. Why not simply out source these costly health services to Costa Rica? We cheat just as well as any country in the world plus the health care is good.

U.S. enterprise outsources most of its medical manufacturing, it outsources call centers and customer services and here in Costa Rica we even make Raleigh baseballs. Why not out source to this peaceful little country healthcare services?

Just think of the savings and the U.S. would help make medical tourism a sure bet and not something just to be hyped at seminars! The expats would be ecstatic, especially those thousands of Baby Boomers we have been promised.

Right now there are already three hospitals accredited by the top accreditation agency in the United States, Joint Commission International (JCI) and they are Cima, La Biblica and La Catolica. Being accredited by JCI puts them on the same playing field of excellence as the Mayo Clinic, Cleveland Clinic Hospital, Johns Hopkins, etc and that seems like pretty good company.

The difference is that our three hospitals, the physicians, room, board and services are a fraction of the costs what that the U.S. pays out in Medicare and Medicaid benefits.

Just think of the economic plusses for Costa Rica. Promed would be happy as a clam at low tide, care centers would replace failing destination resorts, docs would have to pay taxes (Paper Trail), plus the Costa Rican government would get all the airport fees that would add up to mega bucks and the ICT could finally say it did something important.

The deal would be, if the Medicare patient were to be outsourced to a JCI accredited hospital or clinic here in paradise and if she/he would require follow up care in the U.S., the patient would not be able to seek punitive damages under mal-practice; only corrective services.

This makes medical cooperation more feasible since the threat of lawsuits disappear. And,  Medicare/Medicaid would pay for the follow up.

U.S. Medicare physicians would have to lower their charges to the cash strapped government program as their “golden goose” patients get outsourced. It is the rule of supply and demand, not to mention if follow-up would be restricted to corrective measures only and there would be no threat of lawsuits, malpractice premiums would also drop. In fact, we might have an entirely new industry, so to speak, Follow-up Healthcare Practitioners.

This is a win – win situation proposed by Qinnovation