A scorpion stung a passenger on a flight from Costa Rica to Spain, which forced the sealing of the Iberia airlines Airbus 340 at Madrid’s Barajas International Airport, said aviation sources.

The incident took place last Thursday aboard Flight 6316 from San Jose to Madrid.

The pilot told the Barajas control tower that a scorpion had stung a passenger; the airport’s medical service was subsequently notified, the sources told EFE Monday. 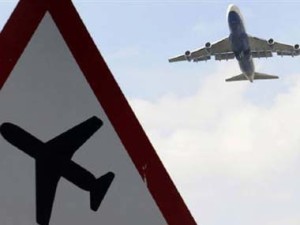 Upon the airliner’s arrival at Madrid, Barajas doctors confirmed the arachnid sting on the passenger’s left arm, for which they took her to a hospital in the Spanish capital.

The woman of Swiss nationality remained under observation until she was released the next day.

The passenger was on a flight from San Jose to Madrid with another five people, who had planned to continue their trip to Zurich.

One member of the group remained in Madrid to accompany the passenger during her hospitalization, while the other four continued on to the Swiss city as planned.

The Iberia plane had to be sealed off, according to the regulations for such cases, in order to find the scorpion and disinfect the aircraft.

Q MAGAZINE - Miss Costa Rica 2020, Ivonne Cerdas, will soon be traveling to Florida to represent the country in the Miss Universe pageant. After...
Rico's Covid-19 Digest

QCOSTARICA - The International Monetary Fund (IMF) finally said yes to the loan for almost US$1.78 billion and to the fiscal adjustment commitment proposed...
National

QCOSTARICA - Costa Rica will extend the restrictions of its land borders until April 1, confirmed Casa Presidencial (Government House) on Thursday. As in the...
Pura Vida

QCOSTARICA - To commemorate the Bicentennial of Costa Rica that occurs in 2021, Inverse Project has designed the Torre del Bicentenario for this important...
Fuel Prices

QCOSTARICA - At 12:01 am this Wednesday, fuels will be more expensive, as the third price hike of the year takes effect. The increase in...
Immigration

QCOSTARICA - Costa Rica's banana growers reached an export record in 2020, despite the impact of the pandemic, shipping fruit in new markets and...