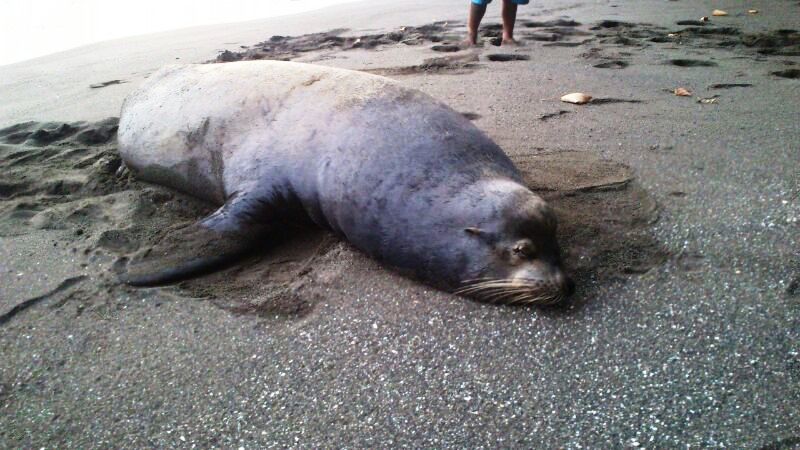 An adult sea lion, in the area of the Parque Nacional Corcovado, in the province of Puntarenas, surprised tourists and experts causing a stir.

Giovanny Morales, general manager of Casa Corcovado, said the animal was about an hour on the beach before returning to sea. “It looked like lost, misplaced,” said Morales.

“They are cold water mammals. Very occasionally do they appear in the country. Feed on fish and are usually very quiet, but attack if threatened,” explained Asch.

In the past some sea lions have been spotted along Costa Rica’s coastline, though it is not a species that inhabits the area.

The animals swim up to 40 kph (25 mph), though some people consider them lazy creatures because they like to relax and bask in the sun.

Six kinds of sea lion are still found in the waters of the world: the California, Steller, Australian, Galapagos, New Zealand and South American species.