Drivers Walk Away From Spectacular Crash 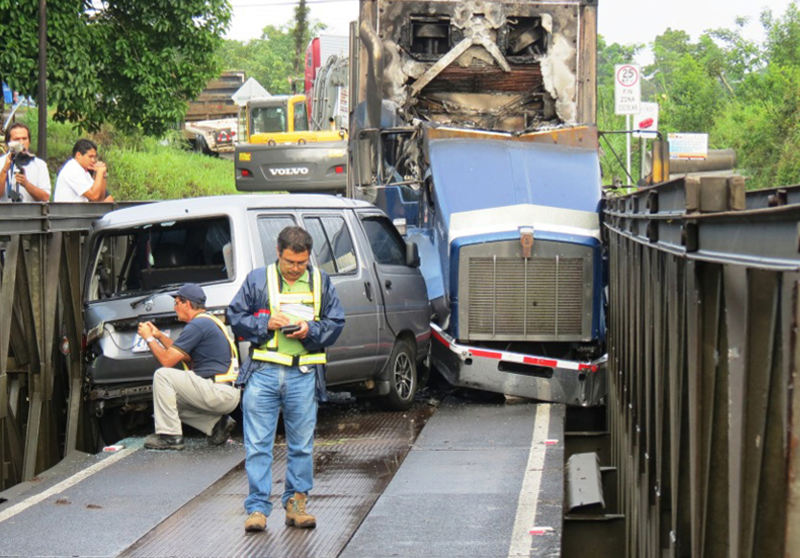 Two drivers cheated death after being involved in a spectacular crash, in which one of the vehicles burst into flames.

The drivers that survived the crash were identified as Giancarlo Ramírez Vega,  24 years of age, who was driving the truck and Kattia Mena, 36, driving the small bus. 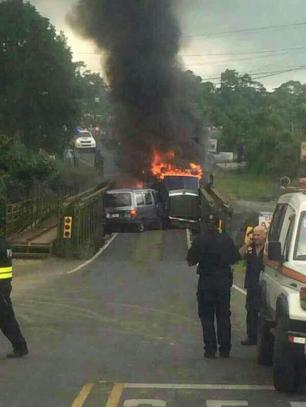 Both drivers tried to cross the one lane of the Bailey bridge (one of the first in the country, installed some 17 years ago) over the Los Negritos river, some two kilometres from Aguas Zarcas de San Carlos, in the north. The bridge is typical across the country, including a number of them around high traffic areas.

The truck was travelling to Limón with a 22 ton load of pineapples headed for Europe.

Miraculously, both drivers walked away from the accident and without injury.

The vehicles were were a write off and the bridge will probably have to be replaced. Needless to say traffic through the area will have to rerouted for the coming weeks.