(PRWEB) Costa Rica is considered to contain the highest density of biodiversity of any country worldwide. While encompassing less than one percent of Earth’s landmass, this tiny country is home to an estimated four percent of the planet’s species. 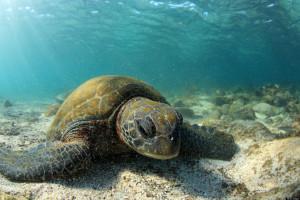 Five of the world’s seven existing species of sea turtles come ashore at specific times of the year to dig nests in the sand and lay their eggs on the shores of Costa Rica. Many of the nesting beaches are protected areas and guided excursions provide visitors with unique up-close wildlife observations of sea turtle nestings and hatchings in the wild.

“With locations on both the Pacific and Caribbean coasts, few places in the world have as many sea turtle nesting sites as Costa Rica,” says Dave Houck, spokesperson for Tulemar Resort, a popular coastal resort located in the midst of 33 acres of jungle rainforest. “We are even beginning to see a small number of the Olive Ridley turtles return to nest on our beaches in Manuel Antonio which is very exciting.”

The most popular places and times to see sea turtles nesting in Costa Rica are as follows:

“The size, the strength, and the beauty of the sea turtle is amazing,” remarks Houck. “Visitors who are lucky enough to see one of these incredible sea creatures come ashore to nest will never forget it. It humbles you and reminds us how unbelievable Mother Nature is.”

Sea turtles are endangered throughout the world due to hunting, death and injuries caused by industrial fishing nets, land development, pollution, and the illegal collection and sale of their eggs. Costa Rica is making efforts to protect the sea turtles and has declared protected turtle nesting areas throughout the country.

World Turtle Day was initiated in 2000 by the American Tortoise Rescue, a turtle and tortoise rescue organization founded in 1990 in Malibu, California. The group brings attention to turtle conservation issues and highlights ways to help protect the turtle population around the world.

QCOSTARICA - Searching for a consensus candidate in the Partido Liberación Nacional (PLN) for the 2022 presidential elections, is the intention of two-time former...
Travel

Recruitment is a prolonged process for any organization that consumes both effort and time. Even though almost 82 percent of the recruiters prefer a pre-assessment...
Central America

Q24n - Central American countries presented a plan on Monday in the face of a possible migratory wave of Haitians, Cubans, Asians and Africans...
Health

QCOSTARICA - A 30-year-old man, who posed as a dentist, set up an office in the garage of a house in Siquirres, Limón, where...
National

QCOSTARICA - The nighttime vehicle restrictions starting on March 1 will be from 11:00 pm and not 10:00 pm as this month, and on...