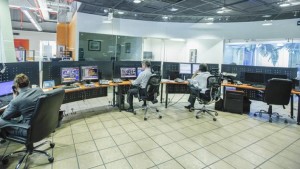 Costa Rica’s stock market (mercado de valores in Spanish) is looking to facilitate the possibility of more investors, through the proposal of a bill that aims to change the rules of the market.

Of the five trading methods, four are brand new and one changes the current way of trading.

The changes are: the creation of a direct negotiation for bonds, facilitate trades for small investors, expand the conditions for the supply of international securities, open primary negotiations and allow investors from abroad to have operations in Costa Rica.

Former president of Scotiabank and currently Costa Rica’s second vice-president, Luis Liberman, was involved in instructing the Banco Central (Central Bank) in the preparation in the of the text of the securities market law proposal unveiled earlier this month.

QCOSTARICA -  In yet another system-wide failure in the immigration check-out, passengers looking to leave Costa Rica Monday morning by way of the Juan...
Disasters

TODAY NICARAGUA – The vice president of Nicaragua and First Lady, Rosario Murillo, assured that those who feel persecuted are for the crimes they...
Corrupion