Two fishermen – father an son – were shot and killed yesterday evening in Playas del Coco, Guanacaste a quiet and pristine beach community in Costa Rica. The victims have been identified as Victor Dávila Dávila, approximately 55 years of age, and his son David Dávila Monestel, who was about 30 years old. 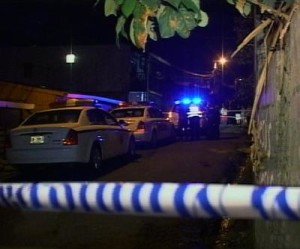 The men had recently returned from the sea and were in the process of selling their catch to a fish and seafood shop when they were surprised by various suspects in a red car. According to witness reports compiled by news daily Diario Extra, the fishermen apparently knew that the presence of the red car meant trouble. They tried to run, but the vehicle caught up to them and the occupants opened fire.

Dávila sr. was hit four times by 9mm rounds. His son was shot once in the head. Bystanders rushed to transport Dávila to the hospital, but he died from his wounds en route. Dávila’s son died instantly.

Red Cross rescuers and Fuerza Publica (Costa Rica’s national police force) officers arrived shortly after the shooting, but there was nothing they could do to save the lives of the victims.

The father and son fishing duo were part of the North Pacific Corporation, a family-owned business. Dávila had dedicated his life to fishing for many years; he employed his two sons and an additional crew member. One of the victims had allegedly run into problems with criminals in Guanacaste, and detectives from the Organization of Judicial Investigations (Spanish initials: OIJ) believe that the motive of the double homicide may be related to drug trafficking.

With notes from the Costa Rica Star

QCOSTARICA -  In yet another system-wide failure in the immigration check-out, passengers looking to leave Costa Rica Monday morning by way of the Juan...
Business

Today, Saturday, June 12, only ODDS can circulate. The measure is countrywide and applied between 5:00 am and 9:00 pm, save for those under the...
Disasters

QCOSTARICA - Southwest airlines will add a new route to the Daniel Oduber International Airport, in Liberia, this time connecting with the city of...
Peru