The Settling of the Quakers in Monteverde 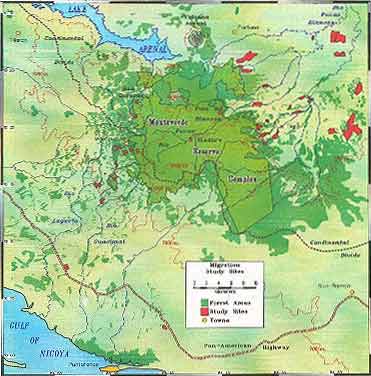 The undulating farmland of rich volcanic soils and a temperate climate is what attracted a group of Quakers from the United States to Monteverde in 1951 (Quakers are also known as the Religious Society of Friends or, simply, Friends). 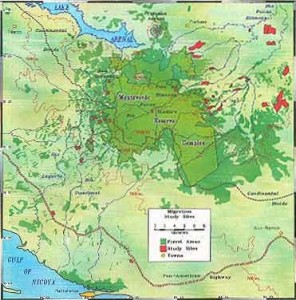 Since their arrival, Monteverde has undergone many changes, but the Quaker principles of cooperation, pacifism and simplicity continue to influence life on the green mountain.

In the late 1940s, uncomfortable with the growing military industry in the United States, the Meeting of Friends in Fairhope, Alabama decided that they could not remain in the US and pay their taxes toward the war effort.

In 1949, four young men in the group were sentenced to a year in prison when, as conscientious objectors, they refused to register for the draft.

They were released after four months and, upon completing their parole period, in November 1950 the group of forty-four Quakers, comprising eleven families, left their northern homes and came to Costa Rica.

They chose this tiny Central American country largely for its farming potential and pleasant climate, but they had also read the words of Pepe Figueres, the Costa Rican president at the time, inviting foreigners to come and help develop this country. 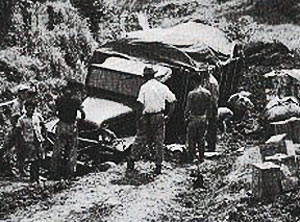 Perhaps most attractive for the Friends though was the fact that Costa Rica had just abolished its own army and these pacifists felt they could live in peace here.

We do not feel that our gesture in coming here was a striking blow against war or that, in itself, will it have any great effect toward bringing universal peace among men. But every wave on the ocean has its beginning in a tiny ripple somewhere, and perhaps our action will be that ripple which starts others to thinking and acting so that eventually the wave of public opinion will attain the desired end. Arthur Rockwell, founding member of the community

For six months, the Quakers lived near San José and searched throughout Costa Rica for a suitable spot to establish their community. They were finally introduced to this parcel of land straddling the Continental Divide where a few Costa Rican (tico) families were homesteading.

The group bought 1400 hectares (about 3500 acres), situated above the tiny communities of Santa Elena and Cerro Plano, from the Guacimal Land Company and the local ticos, many of whom simply moved to other properties nearby.

The Quakers divided the land into individual family farms, keeping a large piece for common purposes such as their school and Meeting House as well as what was to be their first attempt at a sustainable business, the Monteverde Cheese Plant.

Many of these Quakers were not farmers back in Fairhope, so this was a great adventure in pioneering, clearing land, learning about dairy farming and the business of making cheese.