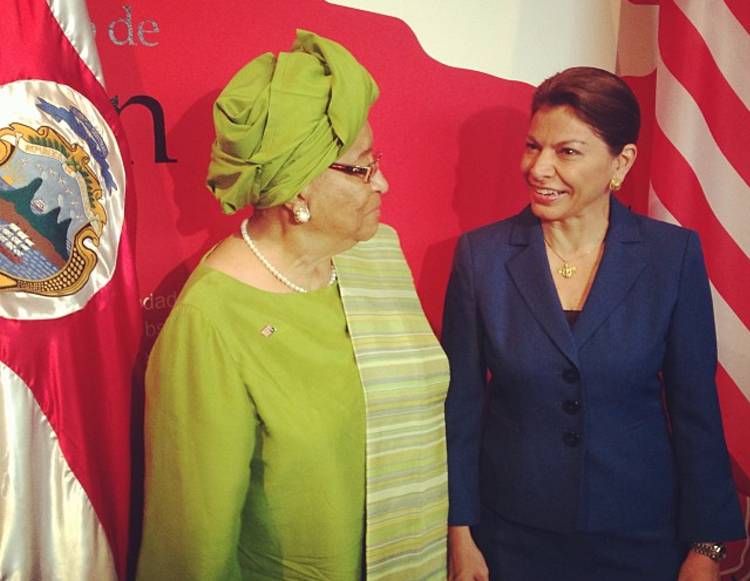 Costa Rican president Laura Chinchilla and Liberia’s president Ellen Johnson Sirleaf met on Monday, in the first official meeting between the countries since the 1970s, to discuss future relations between the two nations, as well as international work on women’s rights, the environment and peace.

This visit marks the revival of diplomatic relations between Costa Rica and Liberia, which were established during the of Jose María Figueres Ferrer (1970-1974), and Liberian President William VS Tubman (1944-1971).

The first leg of the Liberian leader’s visit, from September 19-21, took her to Toronto, Canada, where she had been invited by Free the Children organization to participate in the We Day Toronto event.

On September 21, Sirleaf arrived in New York, to participate in the general debate of the 68th regular session of the United Nations General Assembly.

The Liberian president arrived in Costa Rica on Sunday at the invitation of Doña Laura.

While in Costa Rica, a sculpture in honour of President Sirleaf was be unveiled on Monday (September 30), at the “Garden of Nations,” located on the campus of the United Nations Mandated University for Peace. Thirteen members, along with two advisors of the “Put Ma Ellen There” Project team, were on hand for the ceremony.

The “Put Ma Ellen There” Project, initiated by 15 young Liberians representing the country’s 15 political sub-divisions, met President Sirleaf to inform her of their plan to erect a sculpture in her honour at the “Garden of Nations” at the UN’s University of Peace in Costa Rica, through their fundraising activities.

When she won the 2005 election, Johnson Sirleaf became the first female elected head of state in Africa. In 2011, she was one of a trio of women to win the Nobel Peace Prize. The Nobel Peace Prize 2011 was awarded jointly to Ellen Johnson Sirleaf, Leymah Gbowee (Liberia) and Tawakkol Karman (Yemen) “for their non-violent struggle for the safety of women and for women’s rights to full participation in peace-building work”. 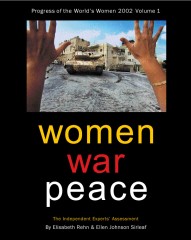 Sirleaf  also served as Minister of Finance under President William Tolbert from 1979 until the 1980 coup d’état, after which she left Liberia.

Her most important book is Women, War, Peace: The Independent Experts’ Assessment on the Impact of Armed Conflict on Women and Women’s Role in Peace Building.   She studied at Harvard University (1971), University of Colorado at Boulder (1970), University of Wisconsin-Madison (1964), College of West Africa, John F. Kennedy School of Government, and Wisconsin School of Business.

According to the Liberia Executive Mansion release, tollowing her visit to Costa Rica, President Sirleaf returns to the United States for more discussions and meetings.

We are all mentally exhausted by sitting in our...
Chile