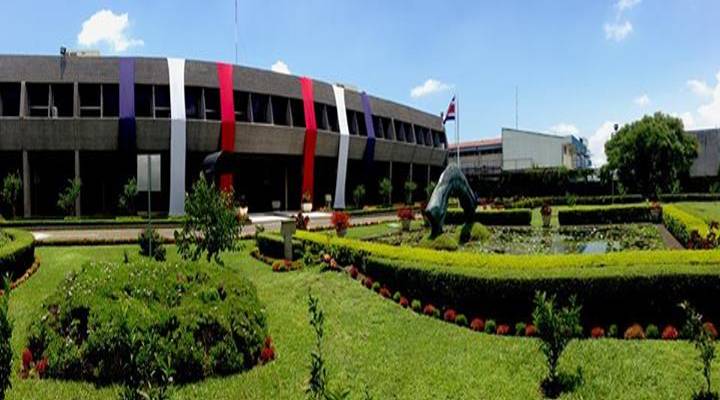 An overflow of sewage from the bathrooms of the Presidential Offices in Zapote crippled work at the offices of President Laura Chinchilla this week with its effects predicted to linger until Friday. The same fate overtook Juan Santamaria International Airport Sunday, resulting in suspension of international traffic.

Public access to the building was closed off and the press, which customarily is invited to a press conference following Tuesday’s cabinet meetings, was forced to gather in the garden. The press office was the principal focus of the damage which will undoubtedly yield a flood of unprintable political humor about the quality of information generated by the Administration.

Besides the main press office, the overflow disabled two storerooms and the auditorium where press conferences are normally held. Damage to the pipe was caused by workers digging a hole in which to put a generator for emergencies.

The newspaper La Nacion reported that at least one hapless official was driven out of his workplace for 10 minutes every hour by the pestiferous odor, while he inhaled a room deodifier.

The mishap interrupted a scheduled press conference by President Chinchilla on the new agreement she signed with the Japanese cooperation agency for a $561 million credit to expand geothermal generation of electricity at Miravalles Volcano in Guanacaste province.

The agreement is looked upon as an important step in Costa Rica’s cure of a chronic energy deficiency and its ability to attain zero carbon balance by 2021.