The practice of sharing digital photographs of a sexual nature over electronic communication networks is rising among young people in Costa Rica. This activity is known as “sexting,” and it is something that lawmakers and public officials in Costa Rica want to reduce and control through a series of legislative initiatives. 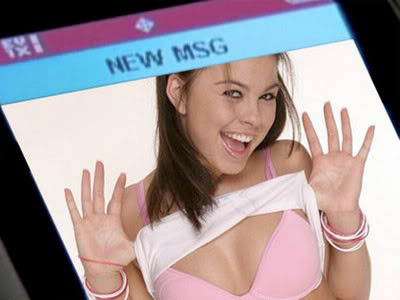 A recent report by online news site CRHoy explains that young Ticos are misinformed about the sexting mechanism and its potentially harmful consequences. By using online social networks and apps such as Snapchat, young people in Costa Rica often believe that they are operating under a layer of privacy and security, when in fact they have no control over the future publication of their sexual content by third parties. They either blindingly trust those who they share nude and compromising pictures with, or they don’t think about the possibility of sexting content (including text) being intercepted by hackers or unscrupulous individuals.

About a year ago, online news site Ticovision reported on a legislative initiative to specifically protect young people in Costa Rica against the harms of sexting, which essentially consist of cyberbullying, blackmail and intimidation by others. As with all other legislative proposals in Costa Rica, this one is bound to take a while to be approved, which is why it is important to be informed as to the legal resources available when sexting goes wrong.

Roberto Lemaitre, an attorney and IT expert explained to CRHoy that application of Public Law 8418, the Law on Cybercrimes, can result in the incarceration of an adult for up to 10 years if found guilty of inciting sexting with a minor -whether consent was obtained or not. In the case of minors who take advantage of sexting to maliciously affect another minor, the Juvenile Justice Law can be applied and the parents of the minor could face civil penalties as well. Still, lawmakers want legislation that is more solid and specific against sexting.

In the meantime, the Ministry of Public Education (MEP in Spanish) is incorporating warnings against sexting in its sex education curriculum. Among the warnings will be examples of sexting cases that did not end up well, including the criminal case of a college student who filmed an underage girl taking a shower and published the video, as well as the infamous case of former Vice Minister of Culture Karina Bolanos and her steamy video that ended up being published by a jilted lover.