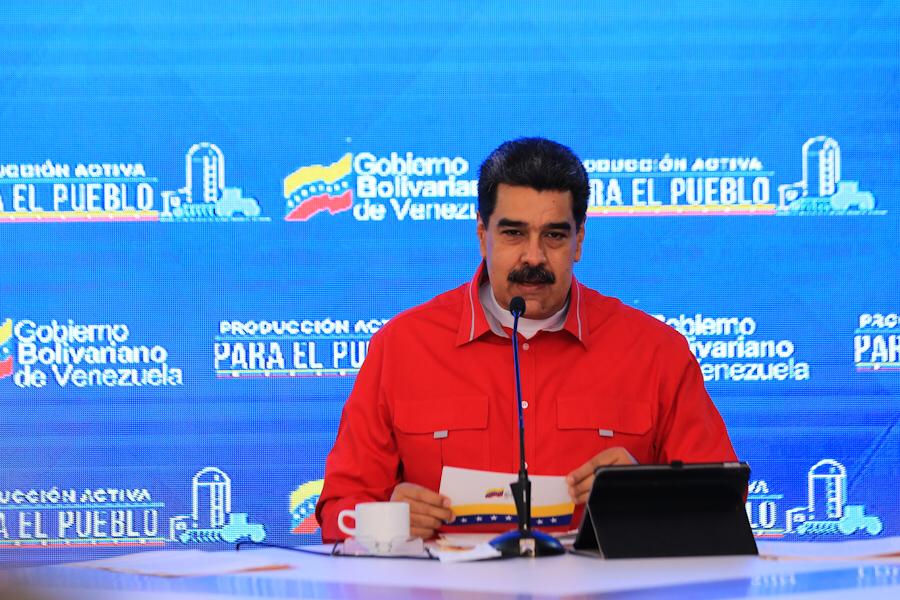 The Chavista regime subsidized gasoline for decades and simultaneously destroyed the oil industry. Now, Venezuela is facing unprecedented shortages, and Nicolás Maduro’s regime has declared that fuel from Iran was paid for in dollars and that Venezuelans will now have to pay for it.

Maduro did not clarify whether the new amount will be set in foreign currency, but the increase in gasoline prices was announced.

As a result of the shortage of gasoline, not all Venezuelans have access to fuel. People have to wait in long, never-ending queues to fill up their vehicles, and even then, not everyone has the same access. Gas stations are in the hands of the military, and it is they who decide whom to supply. Meanwhile, Venezuelans have been forced to pay up to four dollars per liter on the black market.

Nicolás Maduro is proud that he has imported gasoline to the country with the largest oil reserves in the world. A fleet of five ships transported 1.5 million barrels of fuel from Iran to supposedly alleviate the shortage.

The 200 million liters of gasoline, brought by the Iranian freighters, was paid for in advance with nine tons of gold equivalent to 500 million dollars in the market. This gold was plundered from the vaults of the Central Bank of Venezuela.

But that amount of imported gasoline would only be enough for about five weeks of internal consumption of 350,000 barrels a day.

The ships also brought additives, spare parts, and equipment to Venezuela to supposedly “raise the capacity of refining and oil production.”

But despite the recent gasoline import, fuel will remain rationed and in the hands of the military.

According to Diosdado Cabello, the second most powerful man in Chavismo, the priority sectors will be maintained. Medical personnel, public officials, ambulances, and the media, among others, would receive gasoline on a priority basis.

However, this has not been fulfilled. Venezuelan medical personnel has reported that they cannot fill gasoline or, if they do, they only fill it with 10 to 20 liters per week.

Cabello also announced that additional gas stations would be controlled by the Armed Forces, and the distribution of gasoline will increase but “only a little bit.”

“If the military appropriates the gasoline that doesn’t cost them anything, and sells it at an average of one dollar per liter (they have sold it for three, four, and even five dollars), they could be earning and distributing some 200 million dollars among themselves. It is an enormous business and a scam for the nation. That is why they are anxiously waiting for the Iranian cargo ships,” said the former mayor of Chacao, Ramón Muchacho, for ABC Spain.

“Iranian gas shipments will end up on the black market, where gas is sold for up to $16/gallon to fuel corruption and abuse. Venezuelan gold transferred to Iran will feed terrorist activities,” he said on Twitter.

Venezuela, which used to have large oil complexes, now has refineries that are practically paralyzed. With reduced cash flow due to the drop in production and international prices, it must import gasoline for domestic consumption.

According to Venezuelan economist José Toro Hardy “today, our refineries can no longer stock up the impoverished Venezuelan market, which has been destroyed by the economic crisis. We are relying on imported gasoline from other sources to temporarily solve the problem.”

The state-owned oil company PDVSA produced just over 600,000 barrels per day last month, according to OPEC, a fifth of what it produced a decade ago.

Two decades ago, the dire condition of PDVSA was unimaginable. The company was an example for the world to follow the best corporation in Latin America.

According to economist Joe Toro Hardy, PDVSA is the country that contributed to the economic growth of Venezuela. However, today, the company serves as the emblem of the country’s impoverishment.

According to the Organization of Petroleum Exporting Countries (OPEC), Venezuela is the country with the largest proven reserves of crude oil in the world, with 296,501 million barrels. However, paradoxically, crude oil and its commercialization is not a profitable business for the South American country after the brutal neglect under socialism. PDVSA no longer produces oil or dollars.

- Advertisement -
Paying the bills
Previous articleFood banks are a lifeline for Mexico’s needy, and never more than during the COVID-19 pandemic.
Next articleNo Signs of Normality in Latin America After Coronavirus Lockdown

QCOSTARICA - A new increase in the price in gasoline is...
Read more

QCOSTARICA - Due to the high cost of fuels,...
Americas