Since April 2018 there is a new Nicaraguan: the one who does not expect anything from Ortega 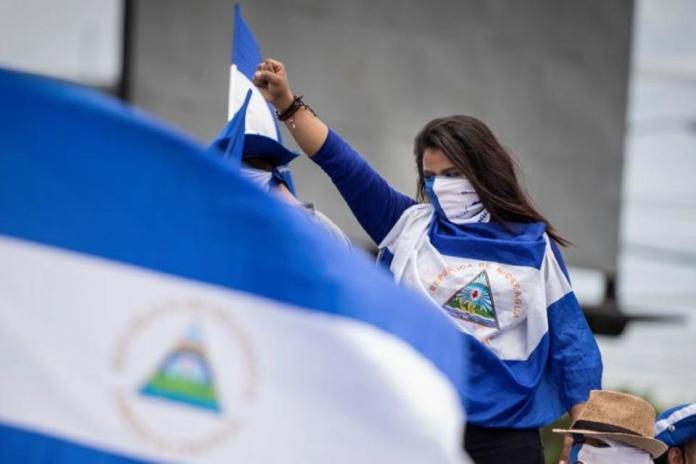 With pain, as is usual when a woman delivers a baby, a new citizen has been born in Nicaragua. One that is more committed to the country, which does not silence the injustices of the politicians, has unmasked the Daniel Ortega regime and does not believe anything fand does not expect anything from it.

A self-convened citizen, who has had the guts to denounce the abuses of Orteguismo at the international level, demands a new political culture and, if that were not enough, has also revalued the national symbols, claimed characters and wagers for a change by peaceful means.

Sociologists Cirilo Otero and Manuel Ortega Hegg reached these conclusions, today, April 18, two years after the social outbreak in the country and whose response by the regime was a brutal repression that shed so much blood, mourned thousands of families and sent more people into exile.

Some 100,000 Nicaraguans let the country, not knowing when they would be able to come back and hug their loved ones.

Otero explains that with the social struggle two years ago there is a watershed. In other words, you can talk about the Nicaragua of before April 18, 2018, and the Nicaragua from that date.

“It changed the structure of Nicaraguan social and political thought,” he says and gives a current example of this new citizen: with the coronavirus, the people have designed protocols and put them into practice to protect themselves.

“If we had been listening to the government or to Mr. Ortega, in the worst case, it would have led us into the abyss,” he maintains.

The citizen rebellion as a historic peaceful struggle that changes the way of overthrowing a bad government only by arms. Sociologists Cirilo Otero and Manuel Ortega Hegg

According to Ortega Hegg, from that turbulent April, the demand for an ethical and honest policy in political operators, parties and leaders is also inherited. Also consistency and coherence between what is said and done. The rescue of national symbols such as blue and white; Sandino, who is no longer kidnapped by Ortega and recovers himself for what he is, a national hero. For all.

Of this conquest to which Ortega Hegg refers, there is a very representative fact. To do this, we looked to May 2018, in full social protests against the regime. The effigy of Sandino, placed at the entrance to his hometown, Niquinohomo, leaving behind the colors red and black (colors of the Sandinista party) and becomes blue and white (colors of Nicaragua).

This action undertaken by a group of self-summoned people portrays that civic struggle for the emancipation of the caudillo (political leader).

“A central issue, it seems to me, is this process that indicates not only a way of doing politics, but of doing it peacefully. That is new in the history of Nicaragua.

“In history, government changes have always been by violence, armed means, and somehow they keep repeating, that the one who overthrew the other through violence, must be overthrown in the same way. That process and the enormous coherence of the citizen movement demanding that the change be made by peaceful means seems extraordinary to me”, explains Ortega Hegg.

Otero acknowledges that after these two years of resistance, raised fist and screams at the top of their lungs; persecution, jail, and spilled blood, there are lessons learned: that there must be no frustration because after all Ortega continues with his iron hand.

“In terms of social history there are transformations in the long term. Nothing short-term,” he clarifies.

For his part, Ortega Hegg says that the essence of civic protest is kept alive “but it has adapted to the conditions, we are in a reality of absolute repression where the minimum expression of these new values and this desire for change are not allowed.

- Advertisement -
Paying the bills
Previous articleTico who overcame the coronavirus: “I died twice in intensive care”
Next articleThese are the restriction vehicles and businesses that govern this weekend