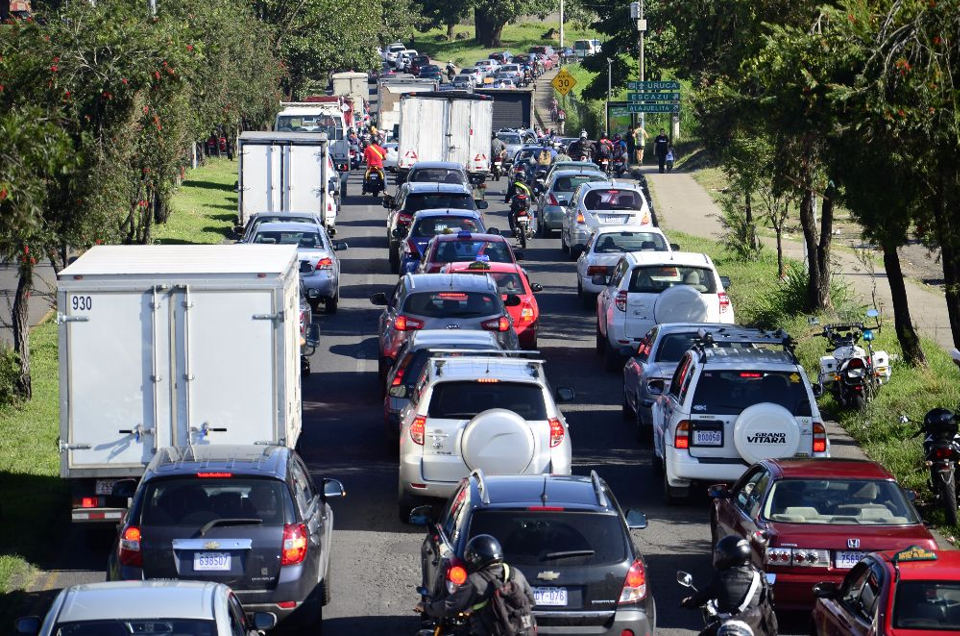 QCOSTARICA – If there is one thing that everyone living or visiting Costa Rica can agree on, is the endless nightmare of traffic congestion. Loss of time sitting in traffic, stress and pollution are just some of the consequences.

1. Inability of to build infrastructure. Every day more vehicles – new and used – are imported, yet the road network remains the same.

2. An obsolete public transport system. The failure to develop an efficient public transport system is evident in the lack of incorporating technologies that streamline the use of the service, for example, an electronic payment system. The technologies exist, but in Costa Rica regulations are outdated and there is no agreement on how monitor the payment system.

4. A question of culture. Ticos love to travel in their private car, this goes hand-in-hand with a poor public transport service.

5. No partial or temporary solutions to help the situation. Orozco says the country lacks vision in this. For example, on roads where there is a funnel effect, what does it cost to widen a bridge, for instance?

6.  Financial innovation. Getting a car loan has become easily accessible. “Anyone can buy a car, so the vehicular fleet grows and grows, but not the infrastructure,” said Orozco.

The lack of solutions to a growing problem is reflected in the economic competitiveness. Recently the Desarrollo Urbano Sostenible (ProDUS) –  Research Program on Sustainable Urban Development , of the Universidad de Costa Rica (UCR), estimated the direct cause of the road chaos at ¢55 billion colones a year, an amount equivalent to o2.5% of the Gross Domestic Product.

“Among the other effects: higher travel time and fuel consumption, overtime paid to drivers and less competitiveness in relation to other countries,” said Laura Bonilla, head of Cadexo.