That was the last communication that the pilot Eladio Salazar Barrionuevo had before the small plane he was piloting crashed in the Virilla river canyon, in Heredia. The aircraft had a mechanical failure. 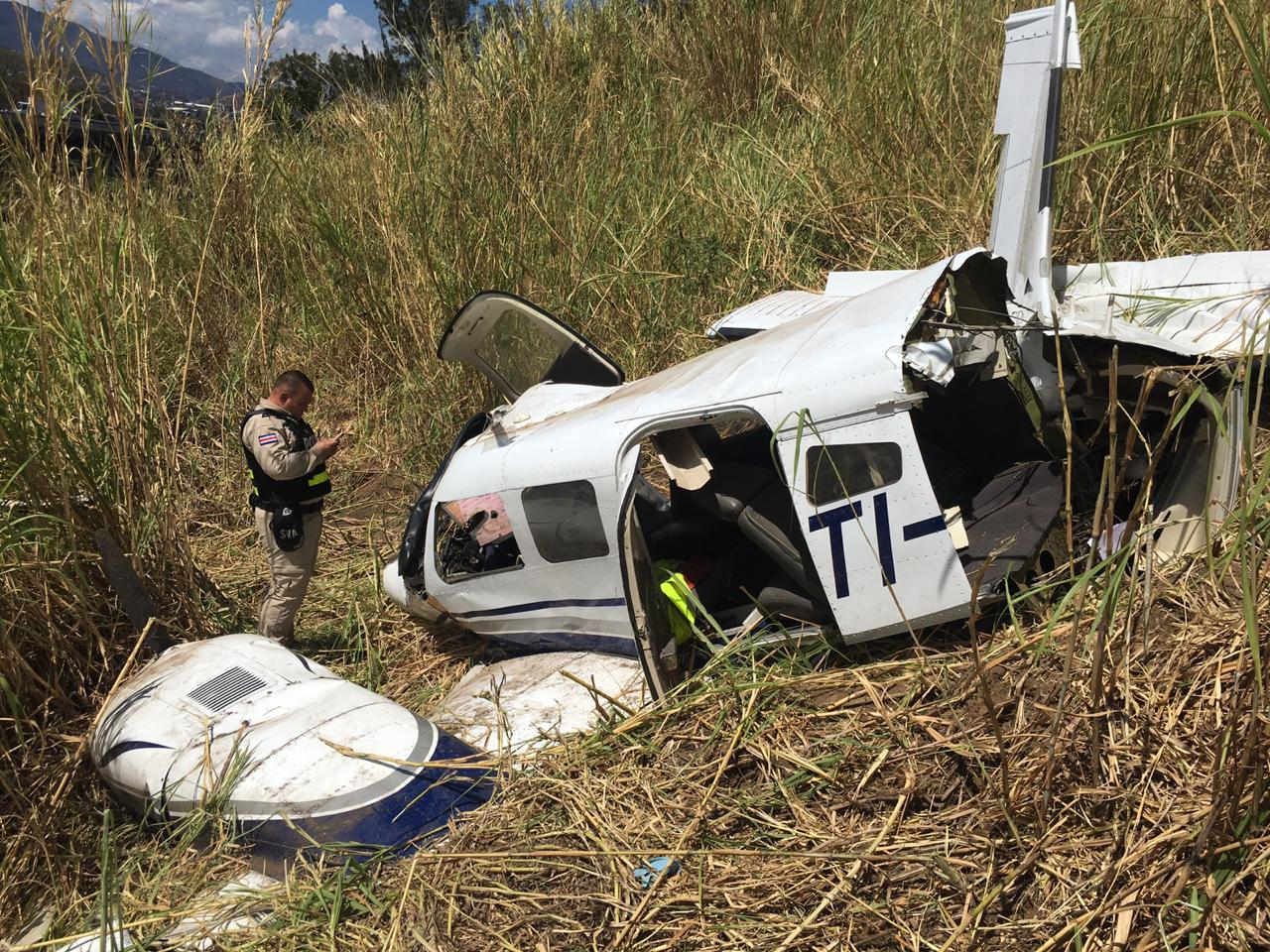 After the fall, Salazar, 33, was able to communicate his location and indicated that both he and the co-pilot, Miron Esteban Castro Marín, 22, were banged up, but were alive. They were the only occupants.

The alert came at about 9:12 am Monday. The aircraft, with the tail letters TI-AOP, was visible as it fell into a pasture north of the Alfredo González Flores bridge, known as the “platina” bridge. 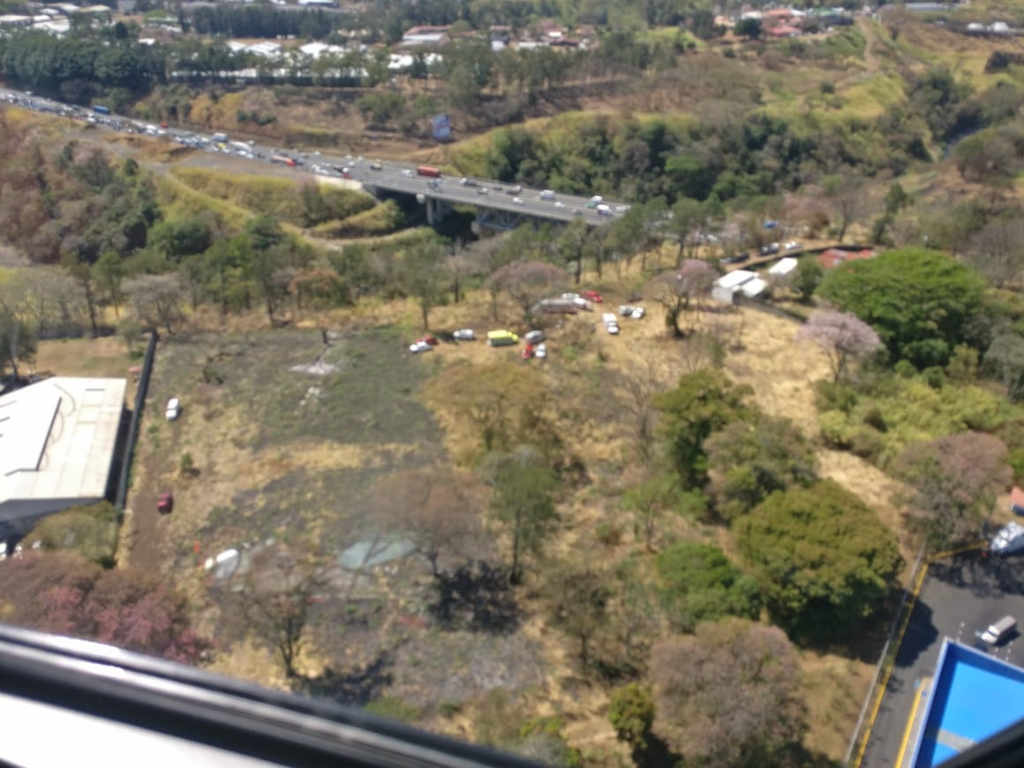 According to Guillermo Hoppe, director of Civil Aviation, the plane had taken offer at 8:45 am from the Tobías Bolaños airport, in Pavas. The flight plan indicated that it would land at the Quepos aerodrome, a 45 minute flight.

However, soon after takeoff, the emergency arose. It is unknown what was the mechanical failure. 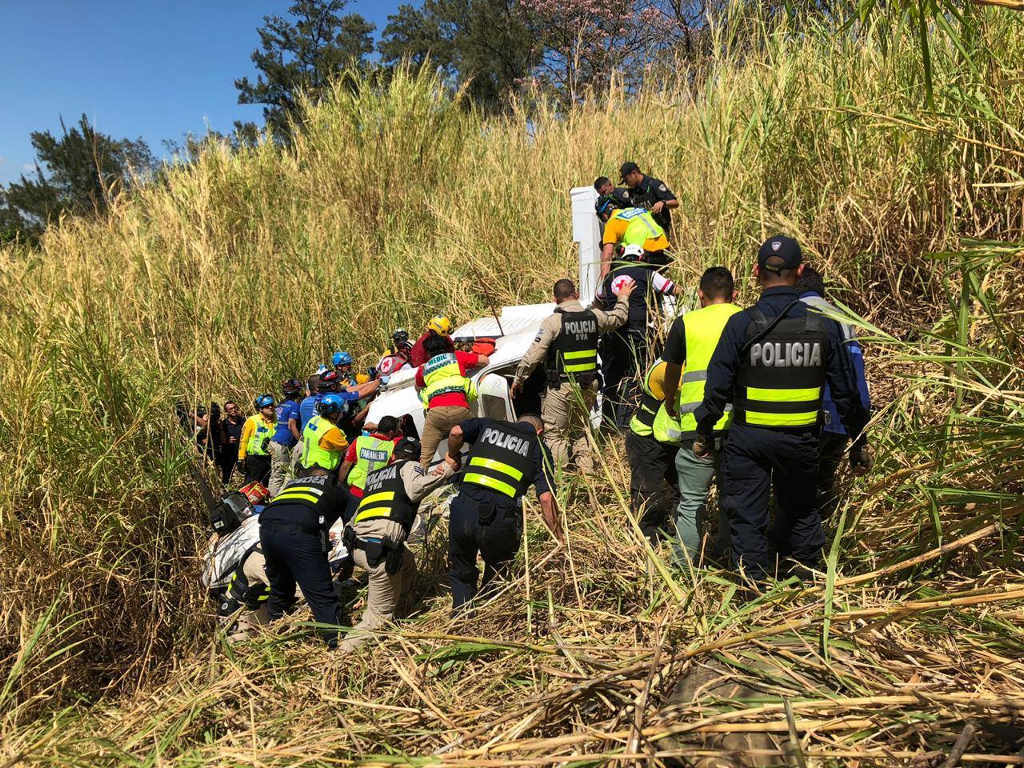 Paramedics, Firefighters, the Air Surveillance Service, Fuerza Publica (national police) and Civil Aviation personnel, were on site to help the occupants, who were transferred by helicopter to the Hospital México and then to the INS Trauma Hospital around the corner.

At noon, Dr. Diego Hernández Calvo confirmed that the patients were fine, one underwent surgery on one leg, while the other was treated on an outpatient basis. 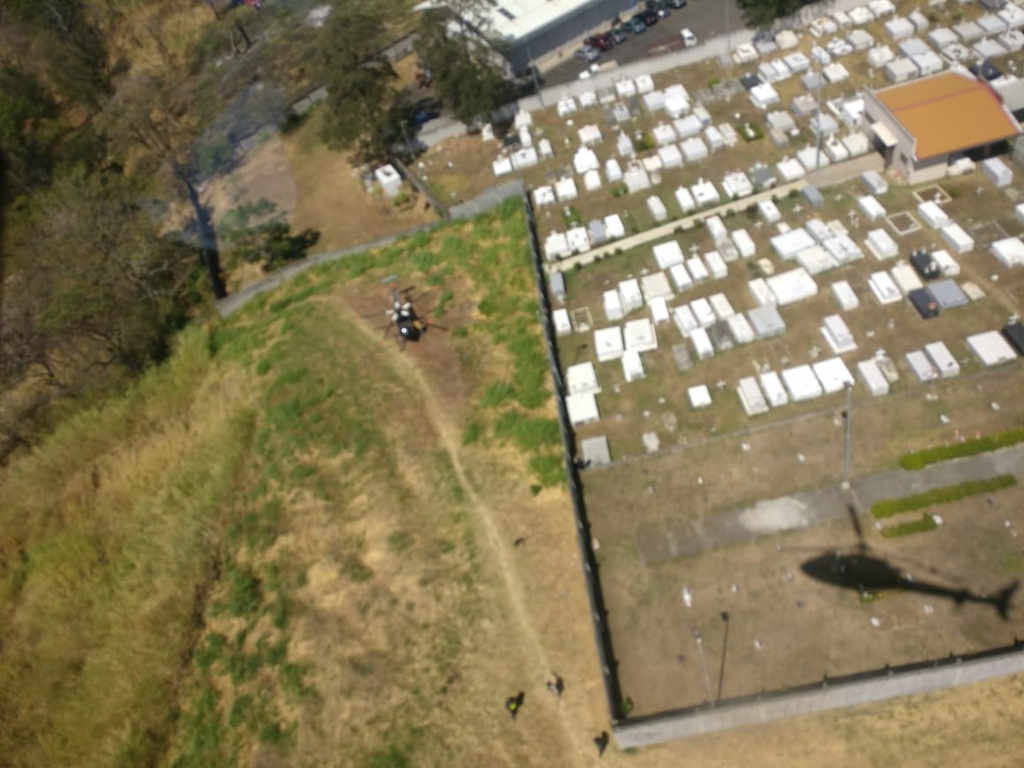 Hoppe said the aircraft is owned by Prestige Wings, and had all is permits in order.

Witness: “It was flying low”

Francisco Rodríguez who had just arrived home from work at his home in the citadel Rositer Carballo, in La Uruca, told La Nacion, when he noticed that a small plane was flying “very low, like looking for a landing”. But he did not pay much attention.

“Here they usually go super low, so I saw it normal. I did think that if it kept going like that it would crash, but I never thought that that was what was going to happen,” Rodríguez, 33, added. 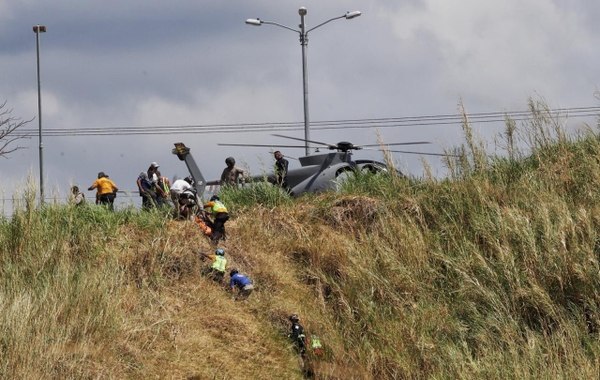 He entered the house and it was at that moment that he heard a “bombshell”.

“I said: ‘That thing fell.’ I ran out to see and there was a lot of dust and there was the plane. We are separated by the river (Virilla) from the place where it fell, but it sounded very loud, it impacted me a lot.

“The good thing is that, although it was flying low, it was going very slow. If it had been going faster the story would be different, it would have gone into the river or who knows what would have happened,” he said.

Over the last several years there have been a number of crashes of small planes, but, one of the most serious events in recent years occurred on December 31, 2017, when a Cessna 208B Grand Caravan aircraft  by Nature Air crashed in Corozalito de Nandayure, Guanacaste. 10 American tourists and the two Ticos pilots died of the accident.