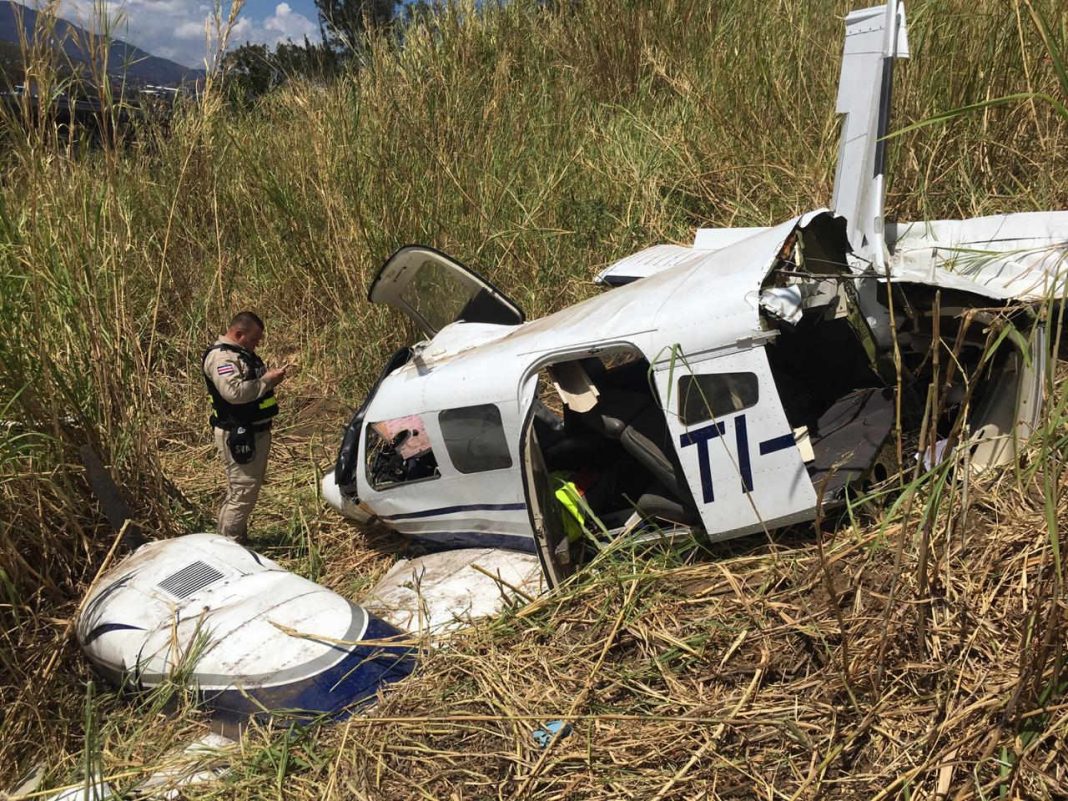 “It’s falling. It’s falling”, were the last words by the pilot of the small plane that crashed into the Virilla canyon Monday morning, when luck intervened and through the expertise of the pilot, co-pilot and control tower, a tragedy was avoided.

Pilot Eladio Salazar Barrionuevo,33, and his co-pilot Miron Esteban Castro Marín, 22, had moments earlier taken off from the Tobias Bolaños airport in Pavas, headed for Quepos to pick up passengers.

It was 8:58 am. All was normal until the aircraft had mechanical difficulties and began to dive. Moments later the plane crashed in the Virilla river canyon on the north side of the autopista General Cañas, avoiding the “platina” bridge, which at that hour was typically congested with morning commuter traffic.

The actions of the control tower played another important role, dispatching to a rescue helicopter a clear indication of where the crashed plane could be found, allowing first responders to reach the scene quickly and pull the only two people on the aircraft and get them to hospital as soon as possible.

The pilot and co-pilot, banged up, but alive where taken by helicopter to the nearby Hospital Mexico and then transferred to the INS Trauma Hospital around the corner.

The plane was full of fuel, more than 200 liters of highly flammable aviation fuel. It didn’t explode or catch fire.

The Piper PA-34-200T Séneca II with the tail letters TI-AOP, is owned by Prestige Wings, is certified for air taxi service and had all is permits, issued in 2016 and expiring in 2031, in order.

This morning (Tuesday), the aircraft is still in the place it crashed. Authorities are expected to work on its removal to begin their investigation in what could have caused the crash.

Meanwhile, Salazar and Castro are recovering from their injuries.